There and Back Again: A Salmon’s Tale

Have you seen art depicting salmon all over the City of Coquitlam? There’s a reason for it! Salmon run through Coquitlam’s history and the sculptures allude to this area’s long-standing connection with the well-loved fish – back to the origin of its name and to the local first nations people who were the original stewards of the land. “Coquitlam” is derived from a hən̓q̓əmin̓əm̓ word, kʷikʷəƛ̓əm, which means “Red Fish Up the River.” In addition to their cultural significance, salmon play a key role in the ecology of our local riparian zones, which are areas between land and a river or stream. 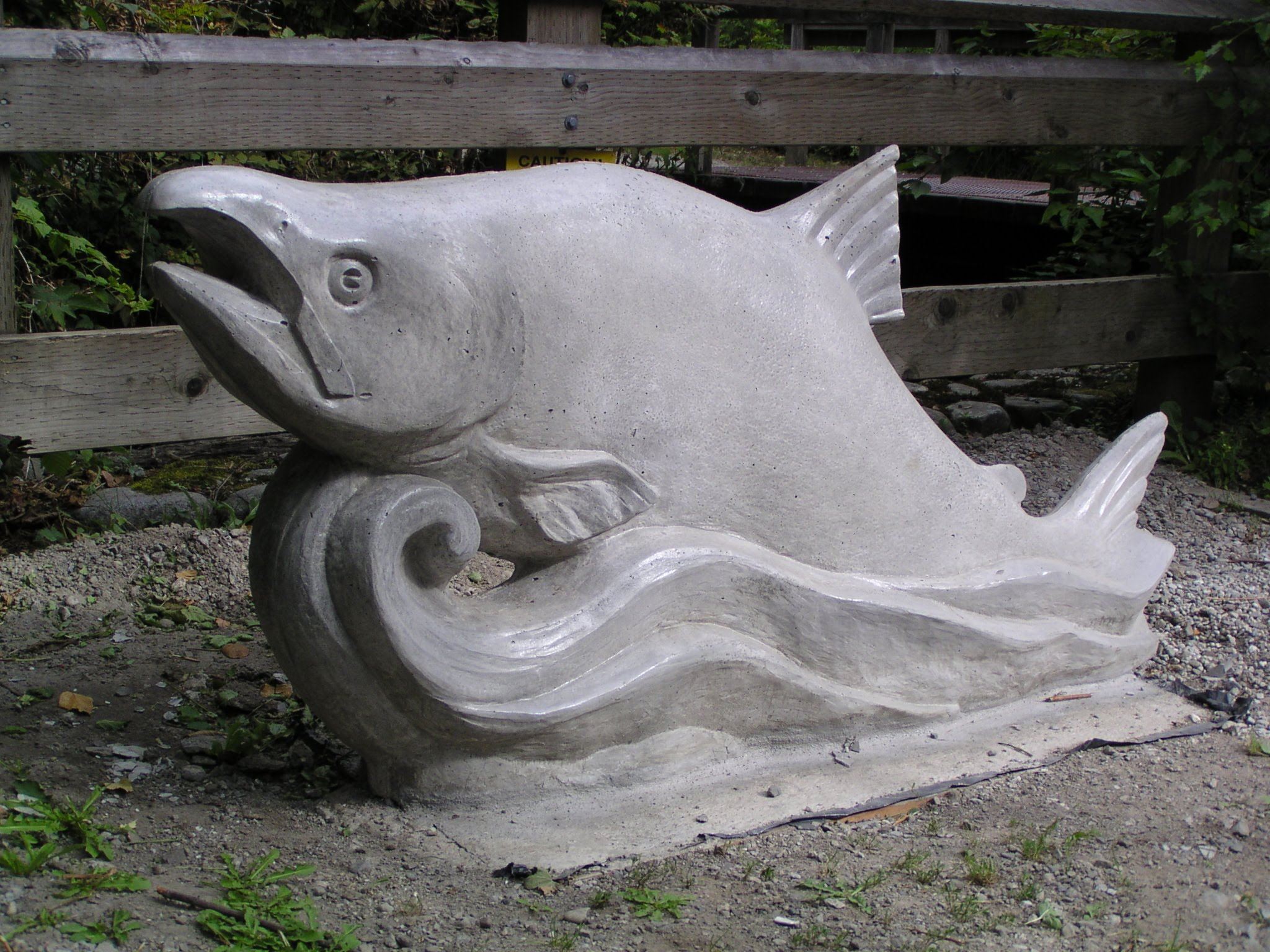 Formed at least 10,000 years ago by glaciers, the Coquitlam River watershed system has two important sub-watersheds: Hoy Creek and Scott Creek. These creeks act as both nursery and spawning grounds for salmon leaving and returning from the ocean. 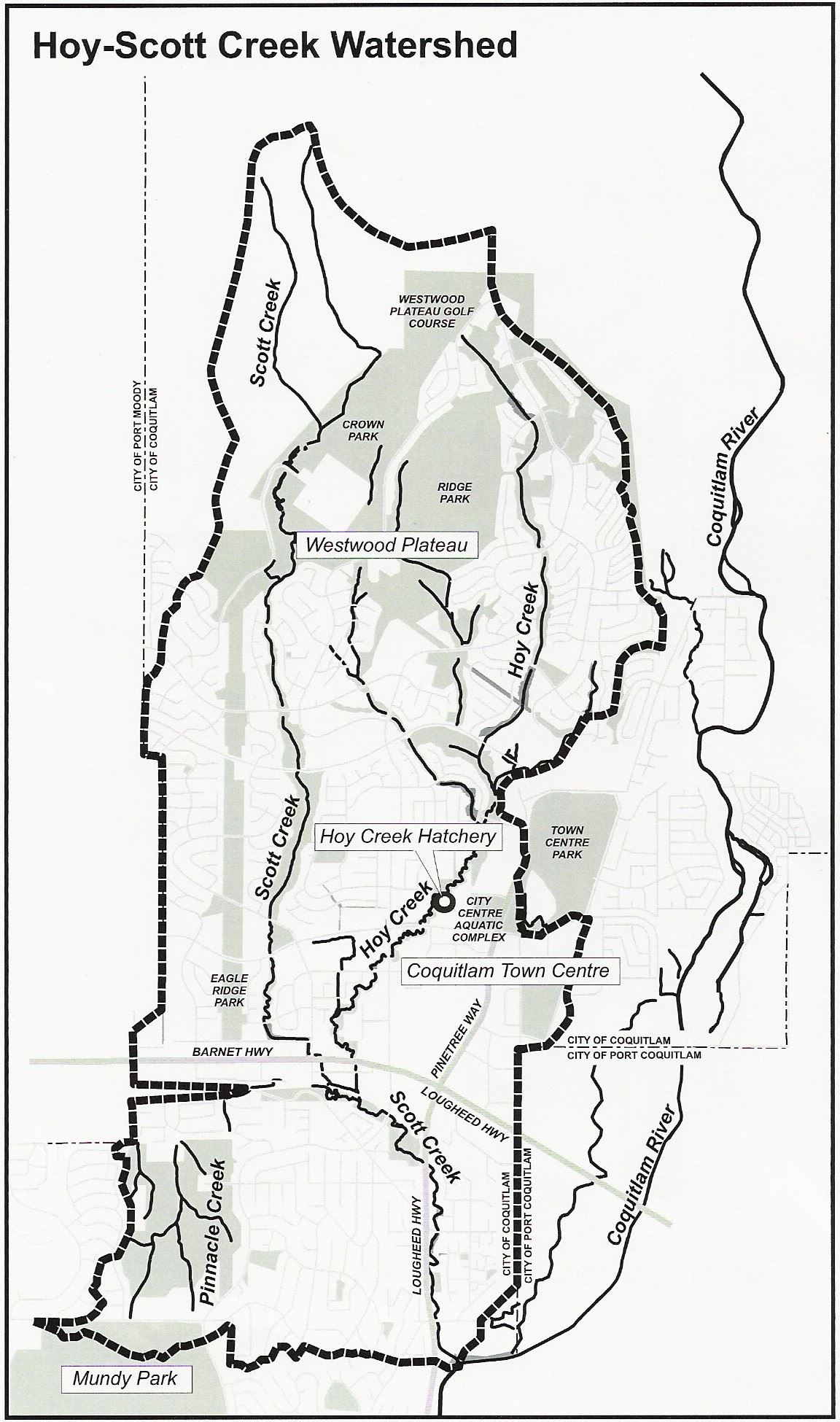 This cycle of leaving and returning was unbroken for thousands of years until the turn of the century, when several dams were built to provide drinking water and generate power, destroying the particular run of sockeye salmon for which Coquitlam was named. This change had a drastic impact on the health of the watershed and on local Indigenous communities, such as kʷikʷəƛ̓əm (Kwikwetlem) First Nation, who relied on the return of the salmon.

The future of salmon looked bleak in the Hoy-Scott Watershed, but in the 1990s, roughly 100 years after the Coquitlam River was dammed, a group of Coquitlam residents volunteered to restore the watershed and operate a salmon hatchery in Town Centre’s Hoy Creek Linear Park. 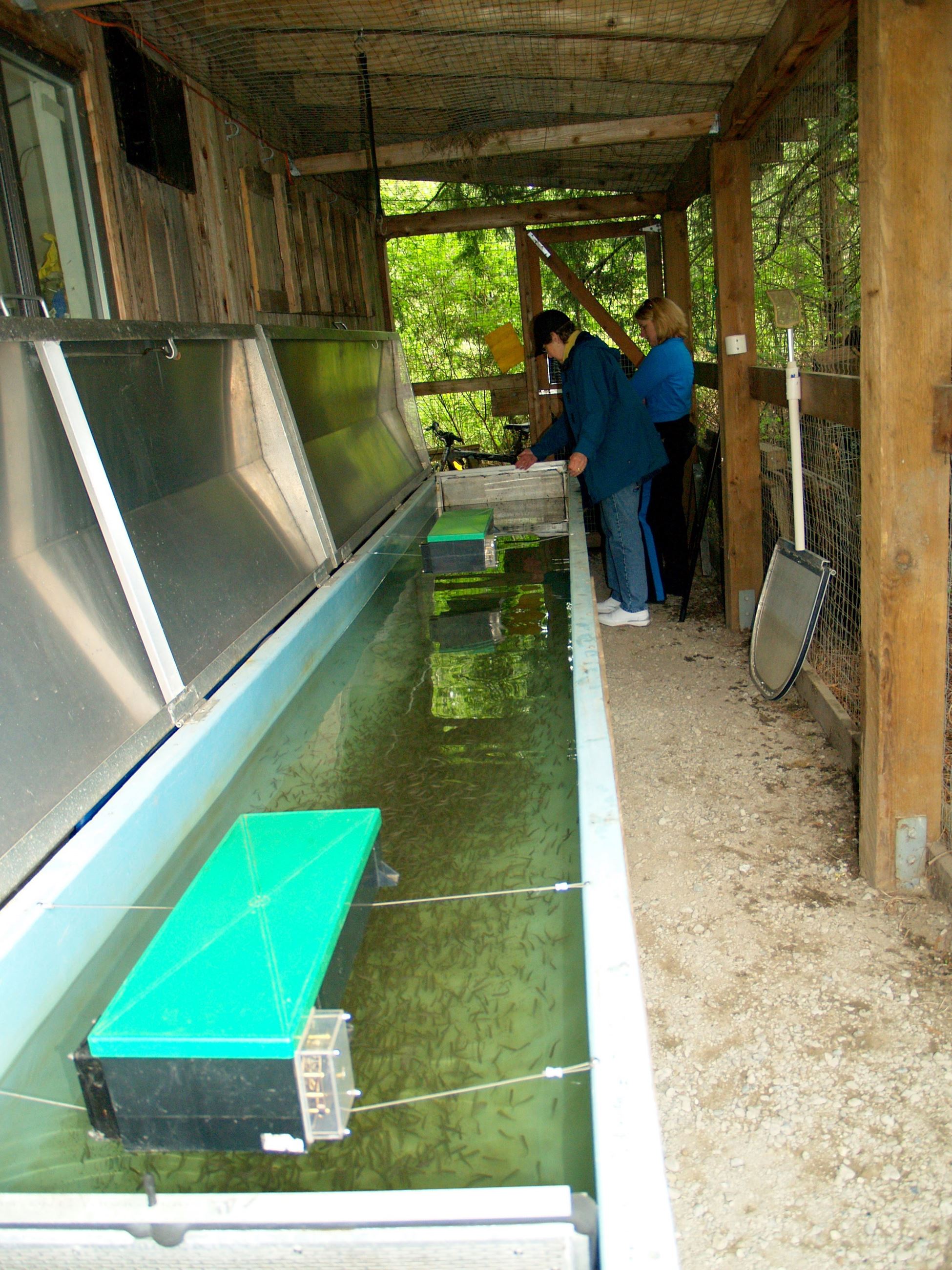 This volunteer group, aided by the City, the Coquitlam Optimists Club, and the Department of Fisheries Canada, was called the Hoy Creek Streamkeepers, circa 1992, and would eventually become known as the Hoy-Scott Watershed Society (HSWS). In 2002, the Society was established and registered with an updated mandate that extended beyond Hoy Creek to nearby areas, including Scott Creek.

Beyond raising salmon and facilitating the annual release and return of these fish, the Society performs stream and trail cleanup, plants trees and other native vegetation to provide a canopy for the creeks, removes invasive species like Himalayan blackberry, and offers tours of the hatchery facilities, among other activities.

The hatchery site itself is probably best known for the annual festivals hosted there which celebrate the epic journeys that salmon take at the beginning and end of their life cycles. These are the Salmon Leave Home (or Fry Release) and Salmon Come Home festivals, which take place rain or shine in May and October/November, respectively.

In 2020, the Hoy-Scott Watershed Society transferred its records from their office to the City of Coquitlam Archives.

From Chicken to Trout to Salmon

The property that now houses the salmon hatchery near Town Centre has a long history of supporting livestock and wildlife. Dorothy Morse Davidson recollects in Coquitlam 100 Years that in 1921, her father, Frederick Morse, moved to Coquitlam and bought the property from Fred Maudsley to build a chicken farm. 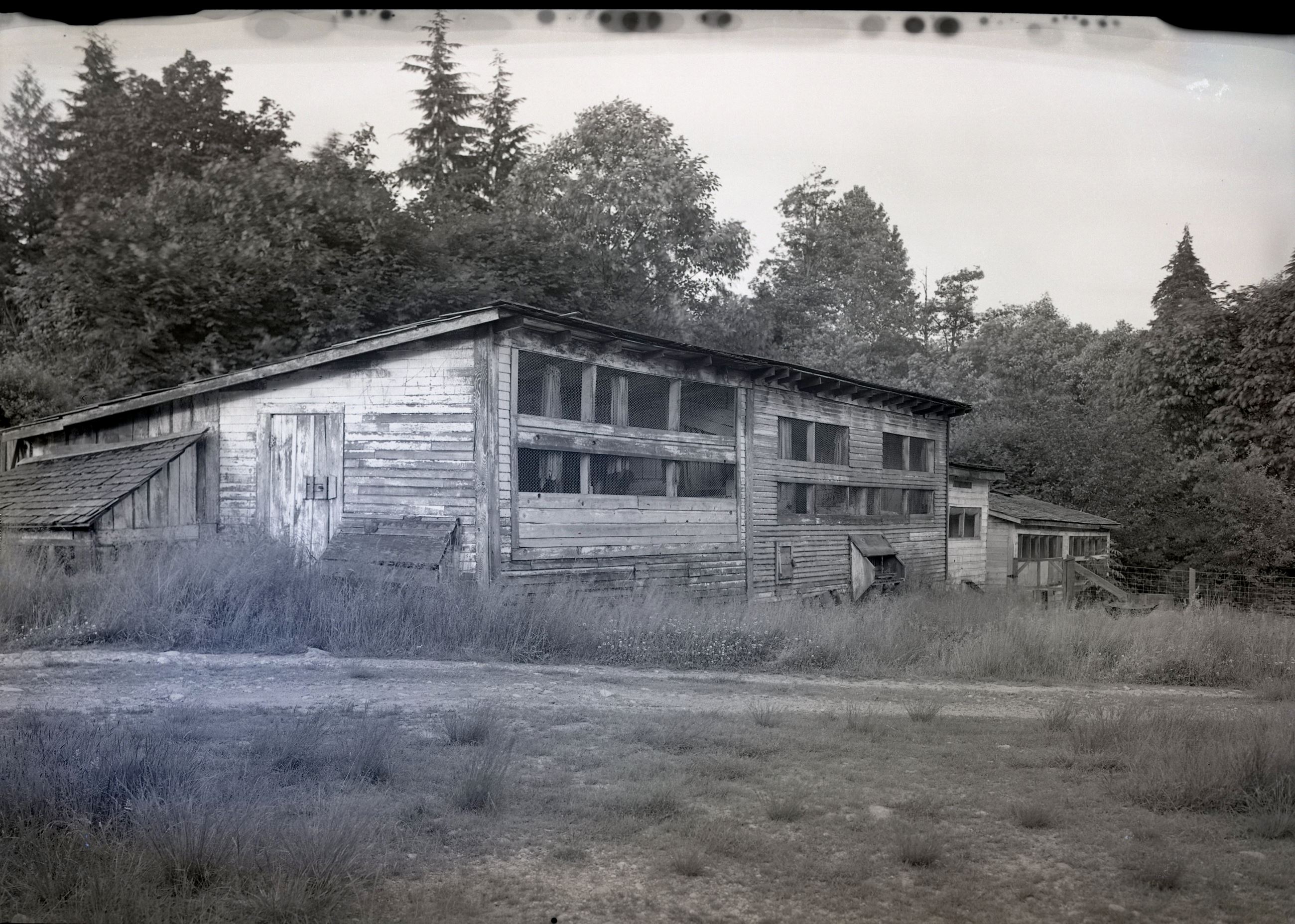 The Brookdale Poultry Farm operated until 1939. In 1941, the property changed hands to yet another Fred – Frederick Brewer. 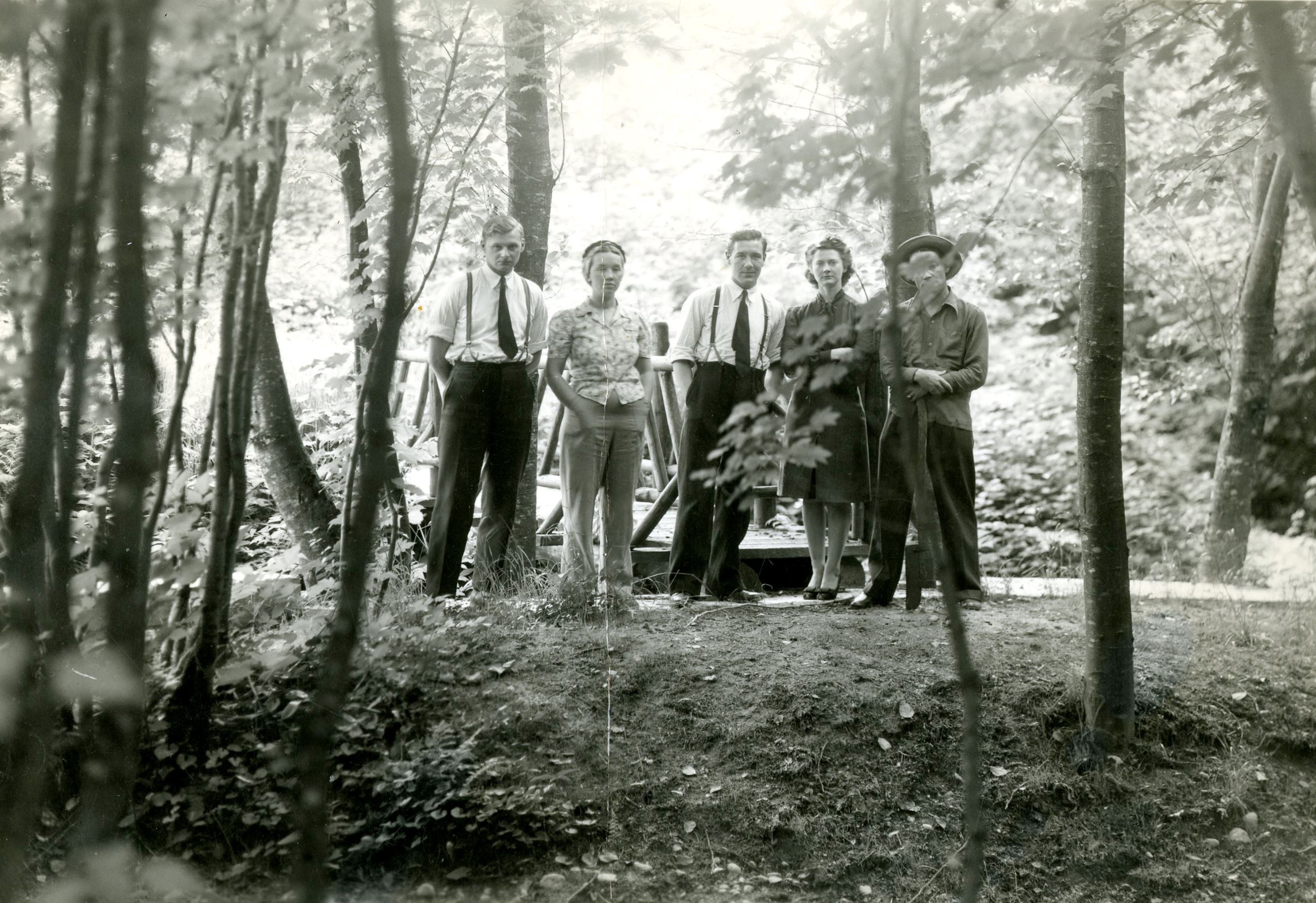 Brewer switched things up by building a trout rearing facility. In 1944, he obtained permission to divert water from Hoy Creek to his ponds. The land is still sometimes referred to as the “old Frederick Brewer property.” 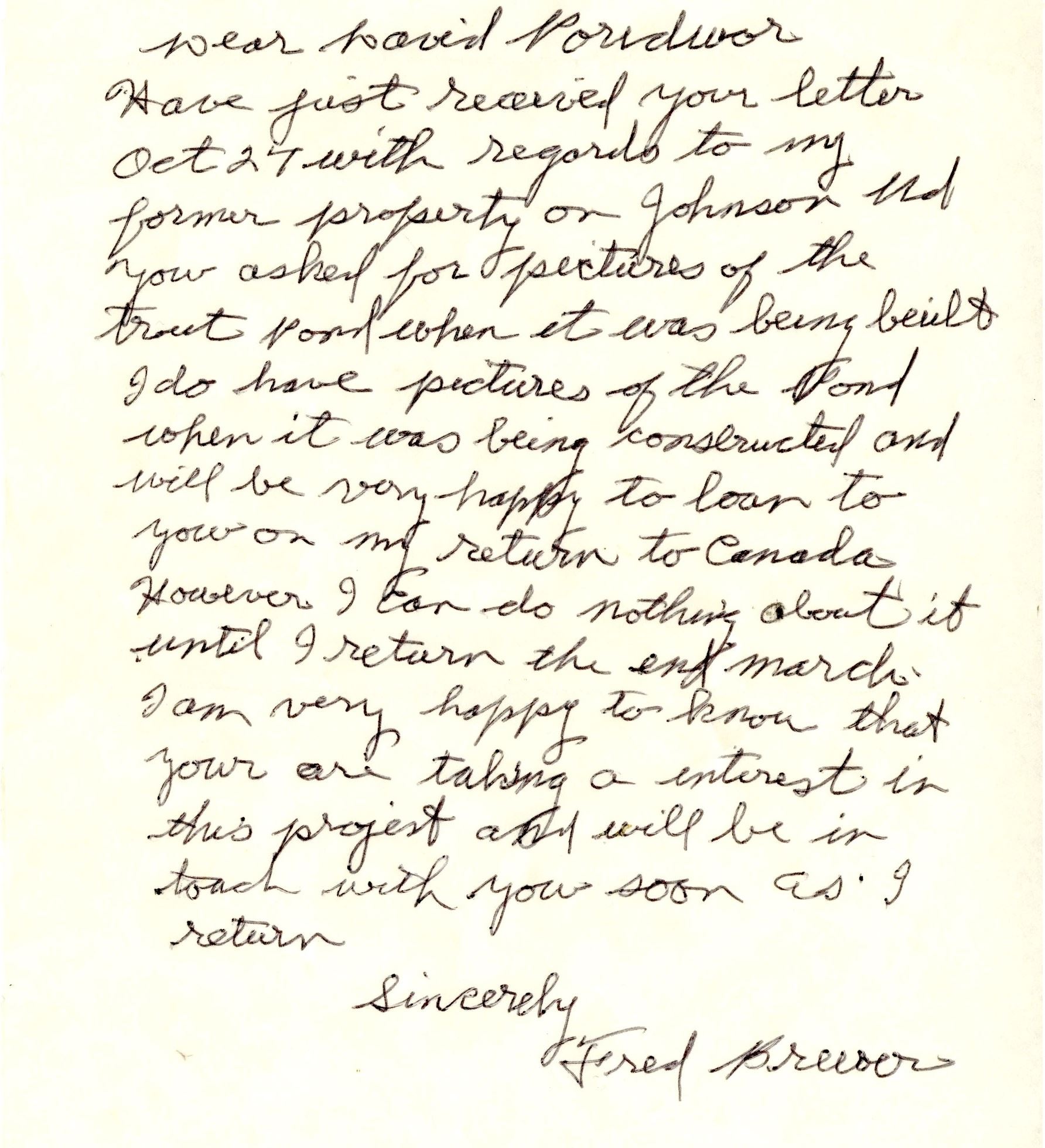 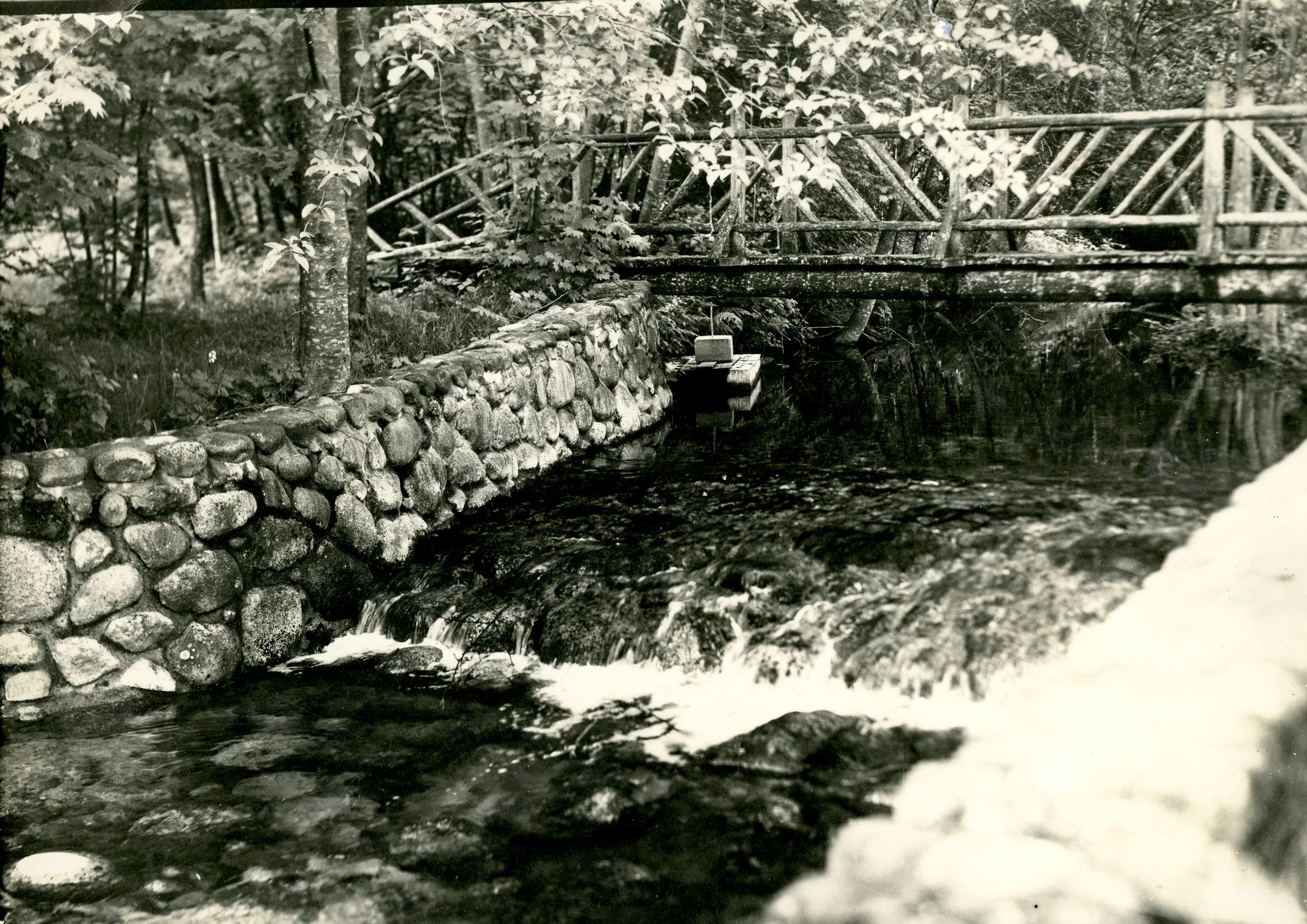 Flash forward to the mid-nineties. By this time, the Brewer property had been given back to the City, but the structures from the 1945 trout farm were still there. 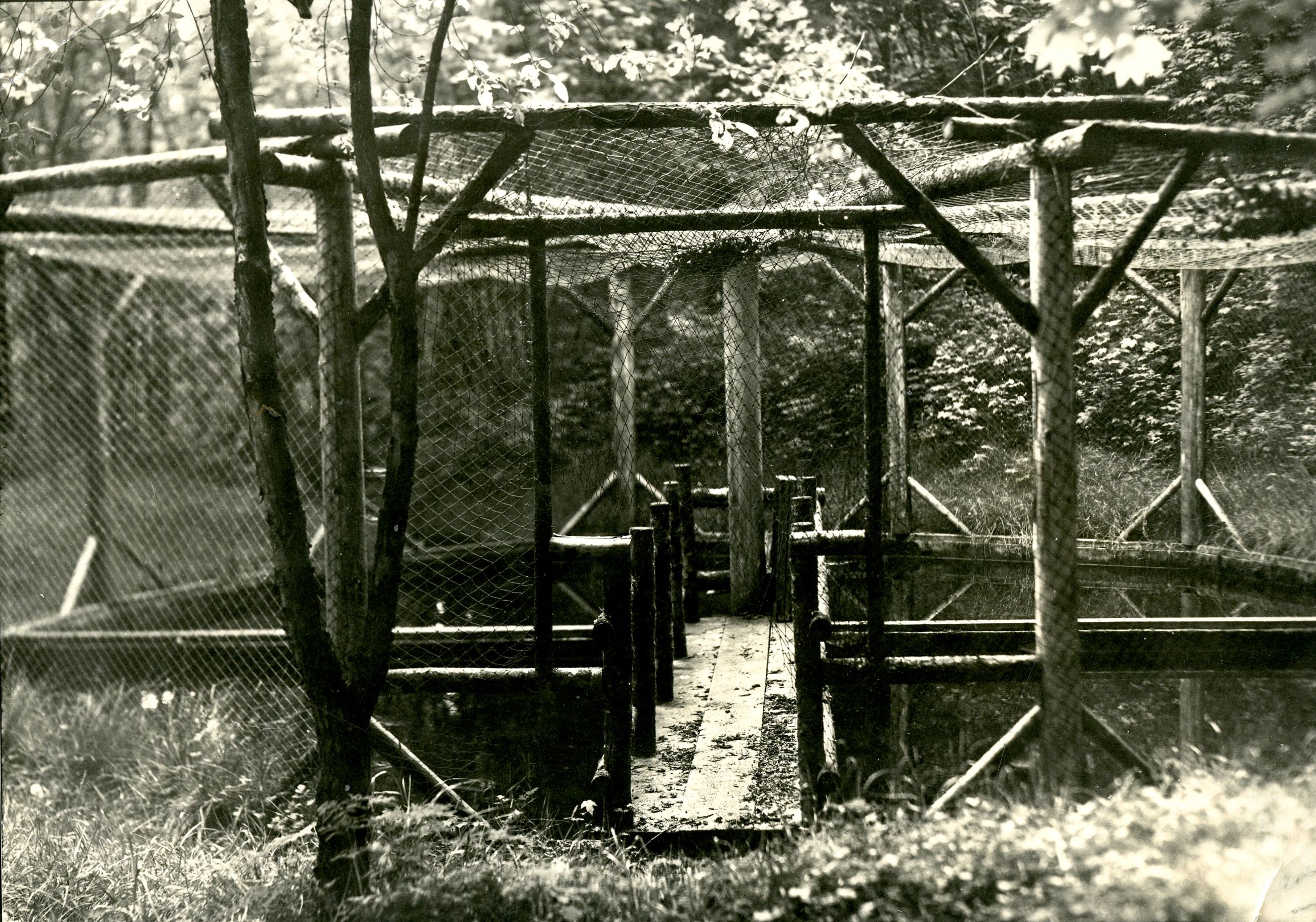 With support from the Optimist Club, the volunteers—then, the Streamkeepers—were able to restore and repurpose the half century old, three-room trout rearing facility in July 1995.

Coho from the Port Coquitlam Hunting and Fishing Club hatchery could then be introduced in the Optimist’s Rearing Pond, under the care and supervision of volunteers. In 1996, the Streamkeepers joined forces with Scott Creek volunteers to form the Hoy-Scott Streamkeepers and by 1997, the hatchery was complete and volunteers were counting salmon returns, with fish that were bred in the hatchery (identified by their clipped adipose fins) among others.

In 2002, the not-for-profit Hoy-Scott Watershed Society, as we currently know it, was founded. With that momentum, the Society broadened its mandate to foster a healthy riparian ecosystem in and beyond Hoy Creek, and would eventually  promote the returns not only of coho, but of chum, pink salmon, the very occasional Chinook salmon, and cousins in the Salmonidae family, like rainbow and cutthroat trout. 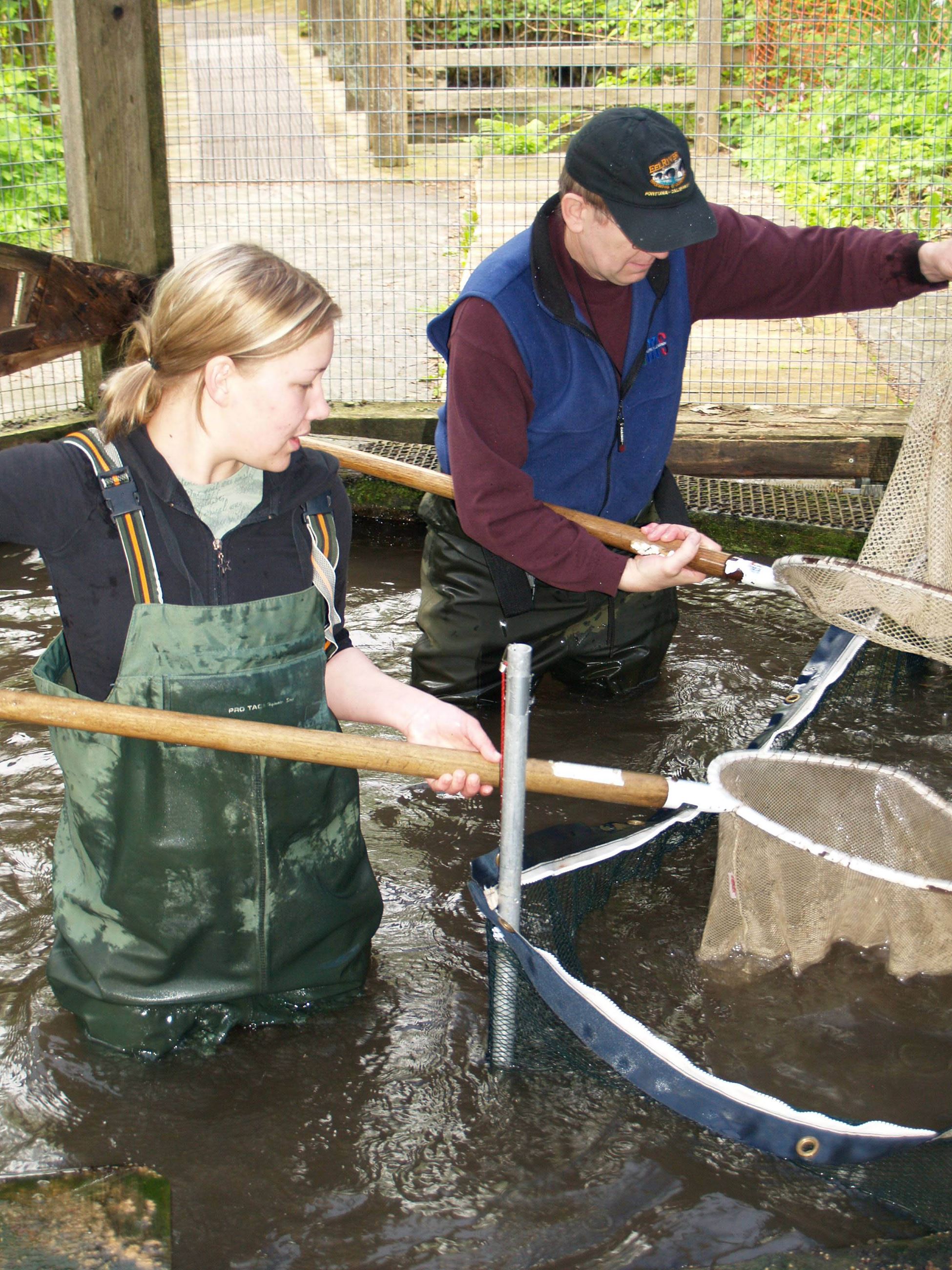 Salmon cannot thrive without a clean, healthy habitat, and the Hoy-Scott Watershed Society volunteers have championed riparian restoration. The letters, plans, event posters and photos in the fonds clearly show the diverse efforts of the Society and its partners to advocate for the watershed and local wildlife. For example, in 2003, the City of Coquitlam provided approximately 80 cedar and fir trees that volunteers and high school students planted along the Hoy Creek corridor. Some of the fir trees were already 7 feet tall! 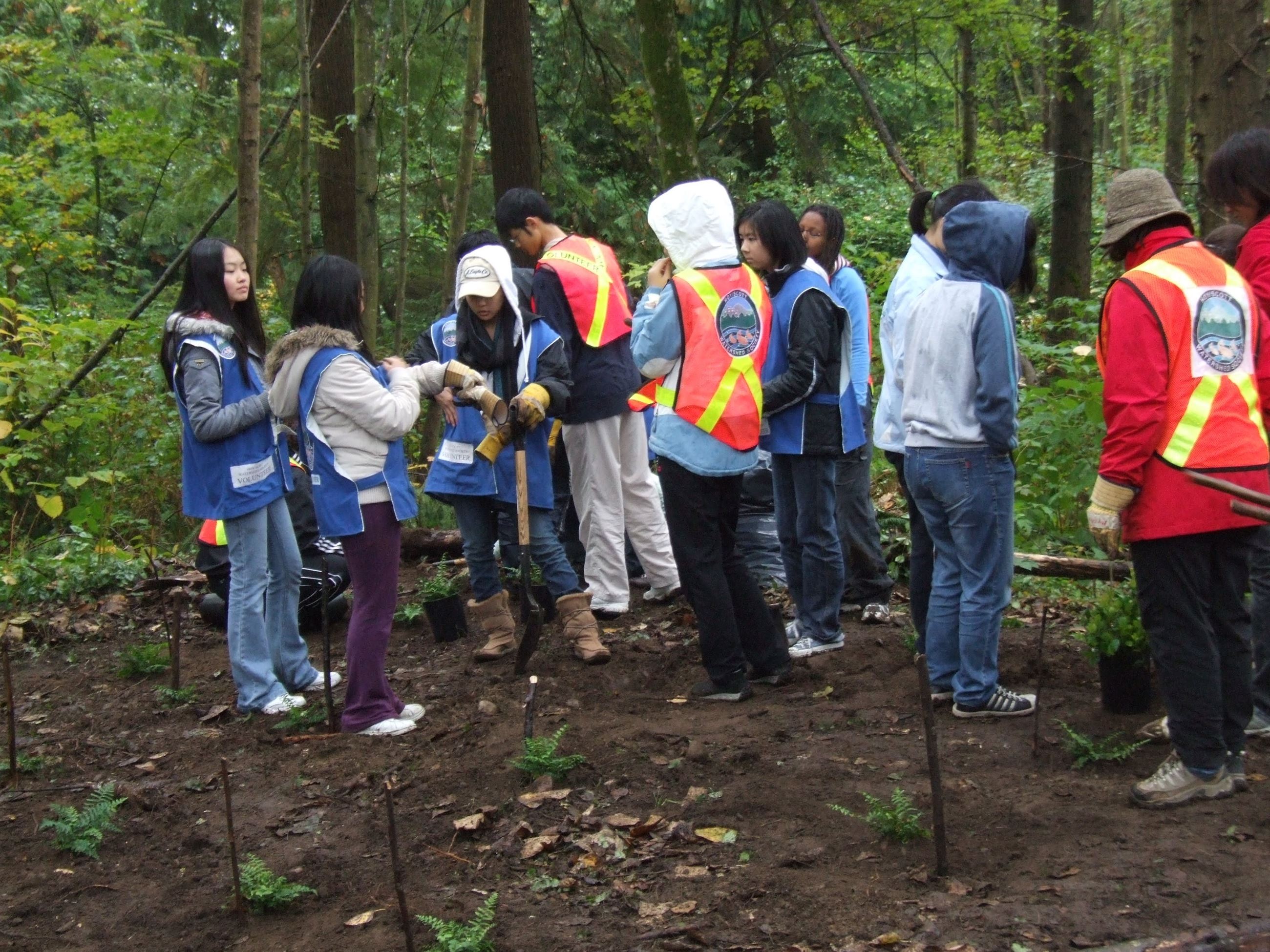 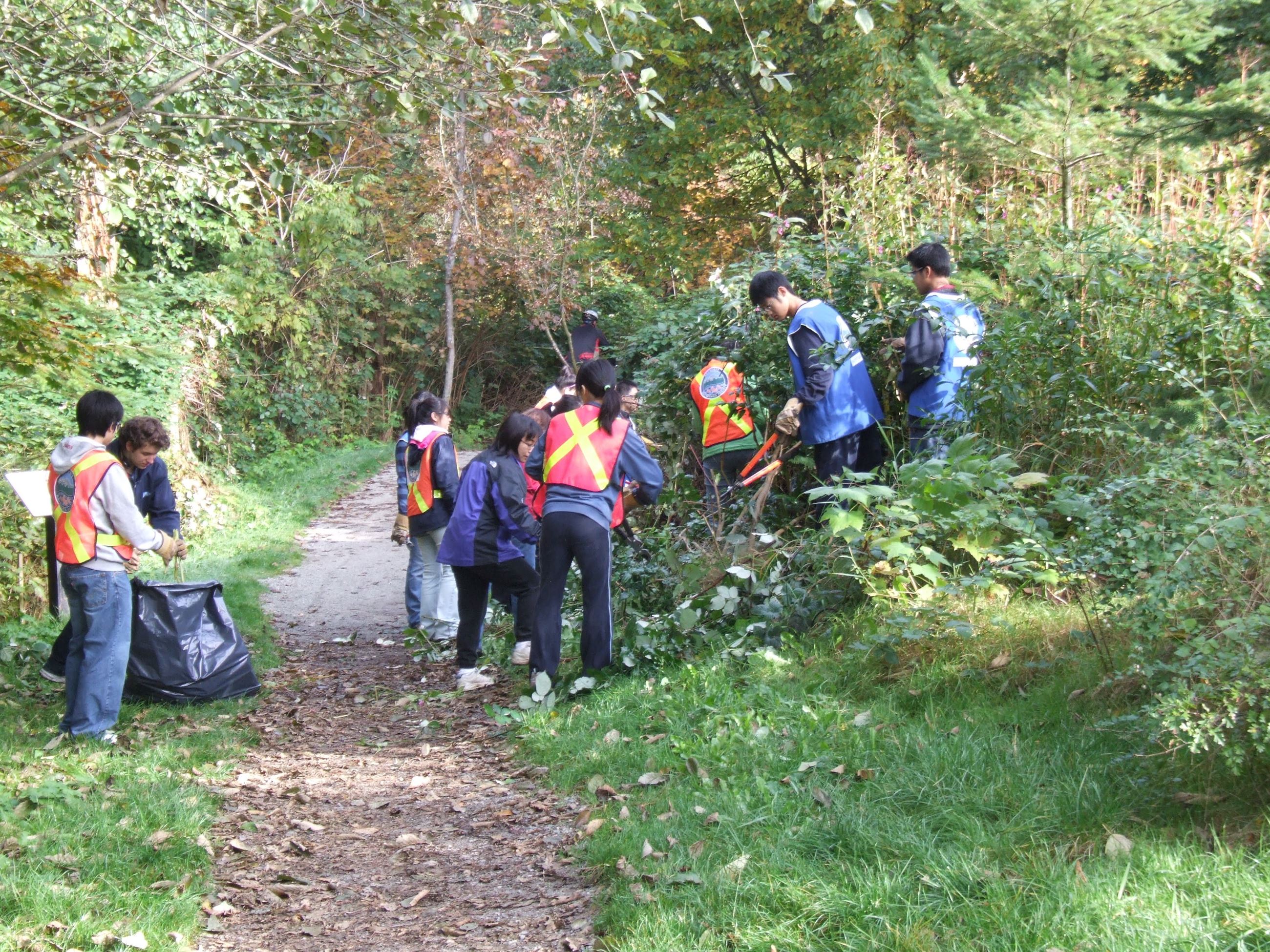 In the spring, around May, the Hoy-Scott Watershed Society hosts the Salmon Leave Home event, which celebrates the release of 18-month-old coho smolts raised at the hatchery into Hoy Creek.

From there, the young salmon make their way out to sea. According to a neatly folded invitation included among the Society’s records, the first annual Coho release at the Optimist Rearing Pond occurred 26 years ago, on May 26, 1996. 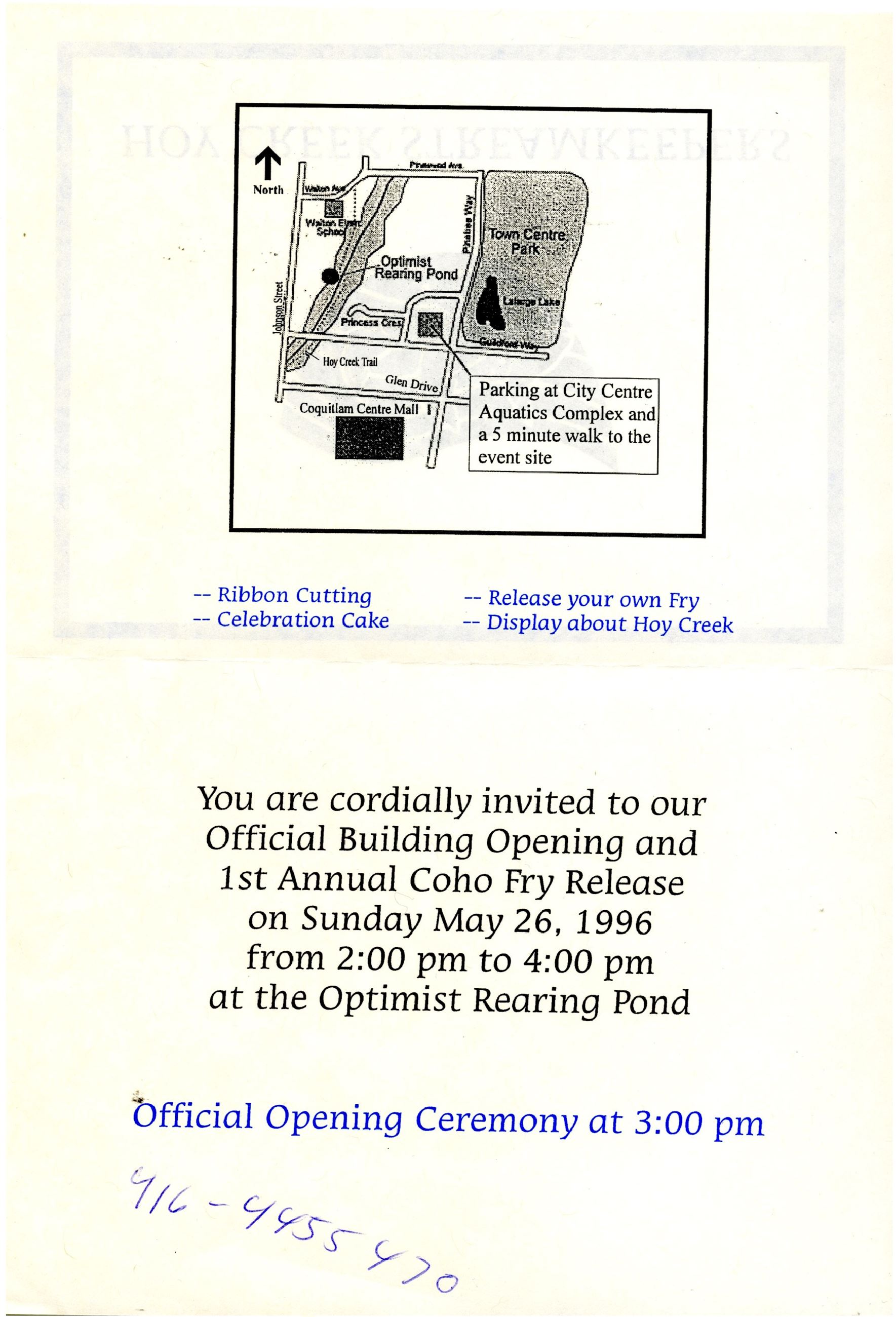 In the past, volunteers helped community members release buckets of smolts into the creek, and other attractions to the festival have included live children’s entertainment, a variety of arts and crafts projects, hatchery tours and refreshments. 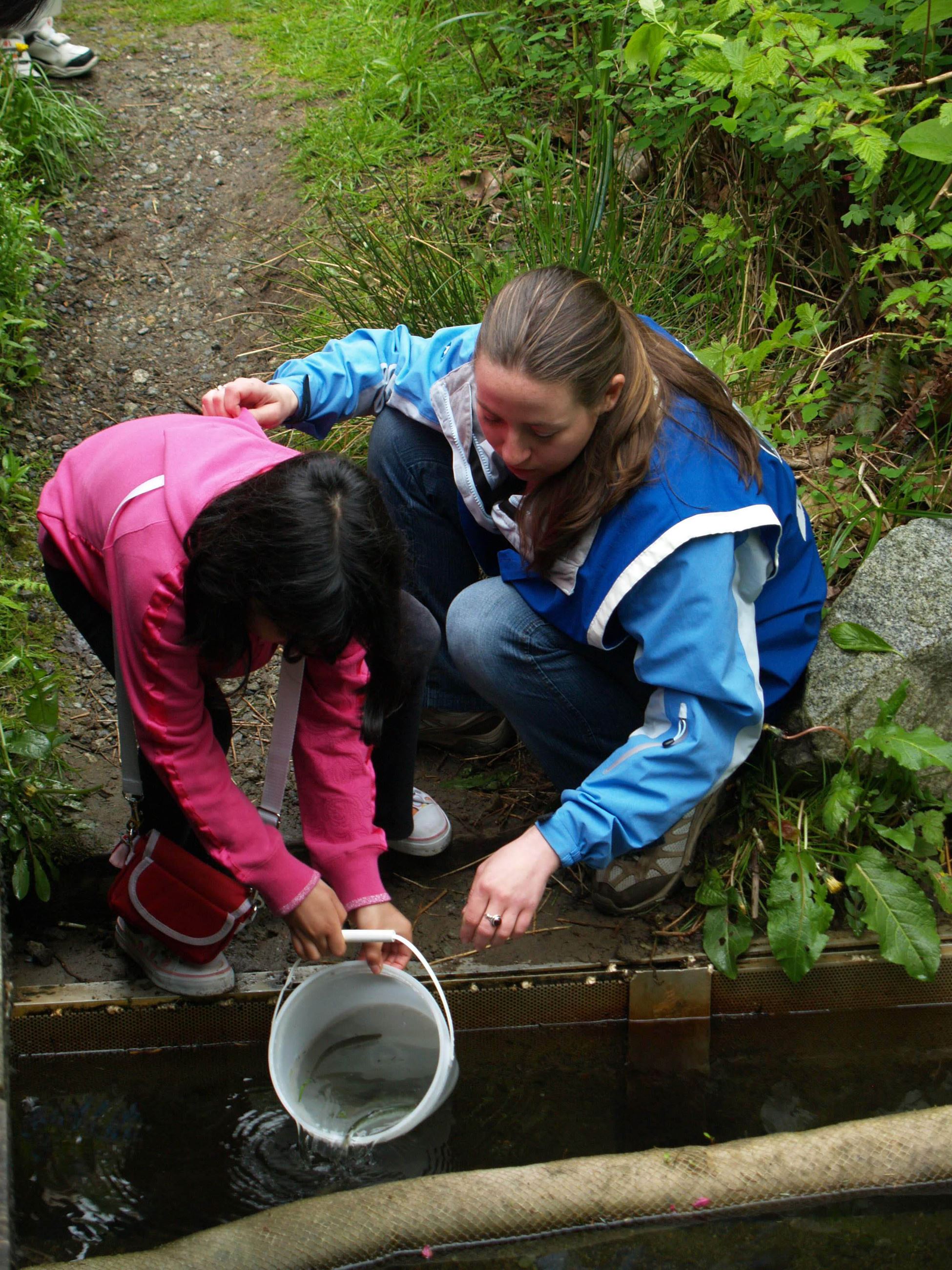 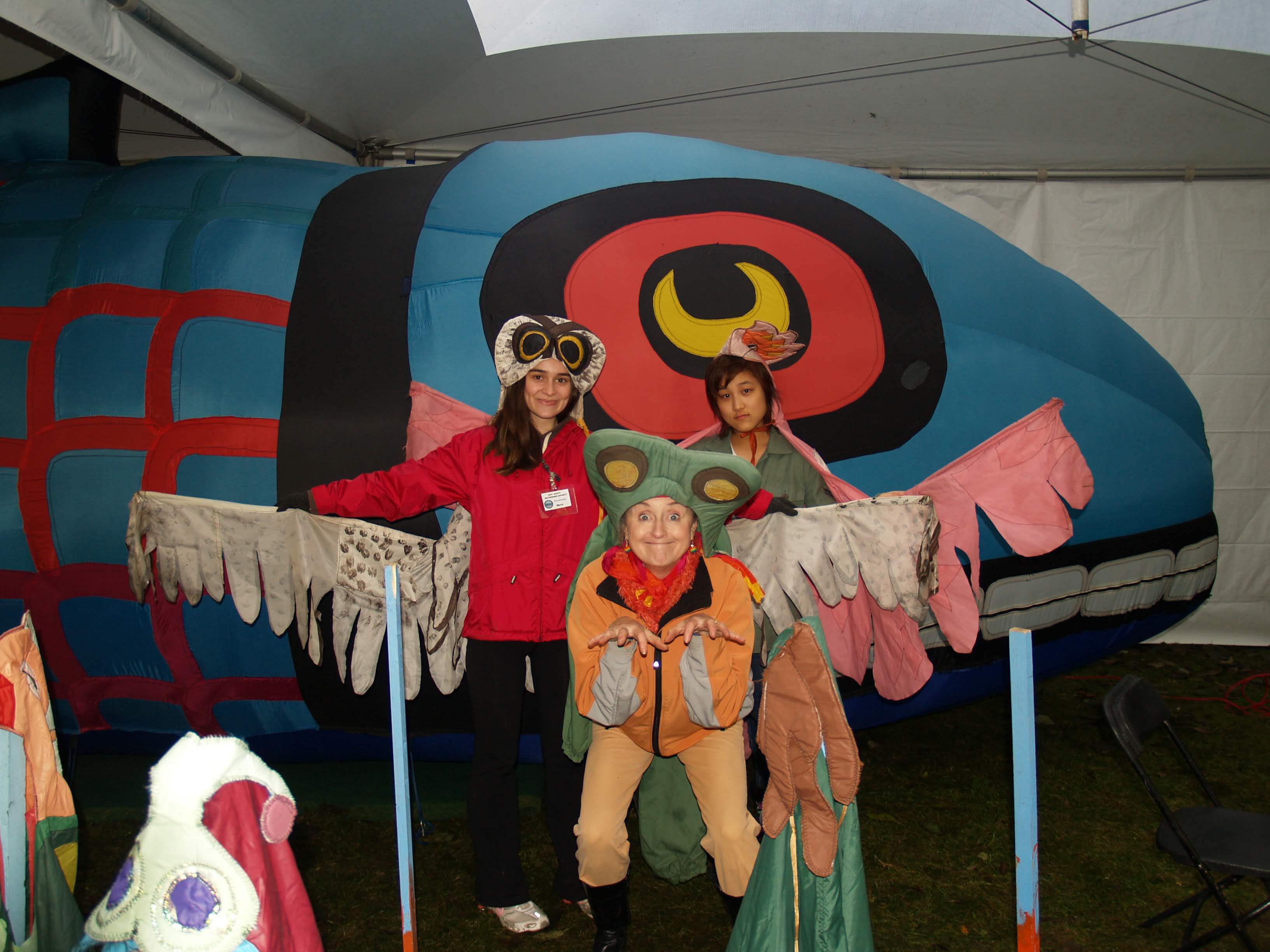 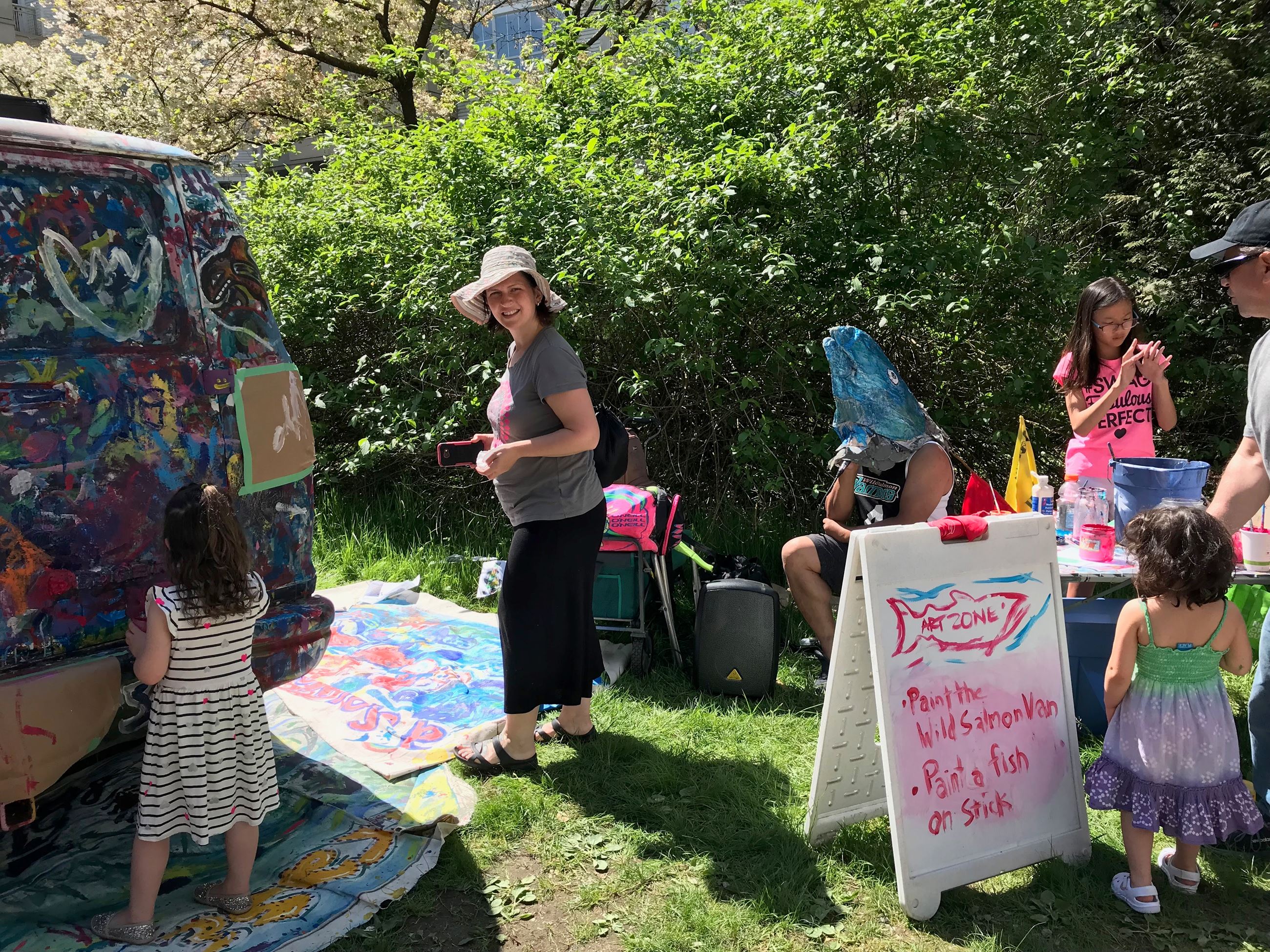 In October or November, adult salmon that have spent anywhere from one to eight years at sea return to the place they were born to spawn and die. The City celebrates this epic homecoming with the Salmon Come Home festival, which is held in partnership with the Society as well as other community and environmental stewardship groups. The posters and fish count spreadsheets we have suggest that the first Salmon Come Home festival was celebrated by the Streamkeepers in 1992, prior to the building of the hatchery.

Salmon Come Home is not just about observing the salmon spawning. For instance, in 1993, the poster for the Second Annual Salmon Come Home invited the community to enjoy guided nature walks, fishery displays, arts and crafts, roasted marshmallows and hot chocolate. 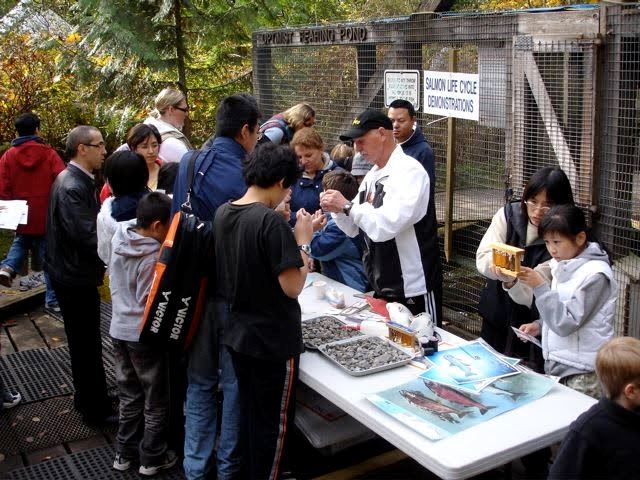 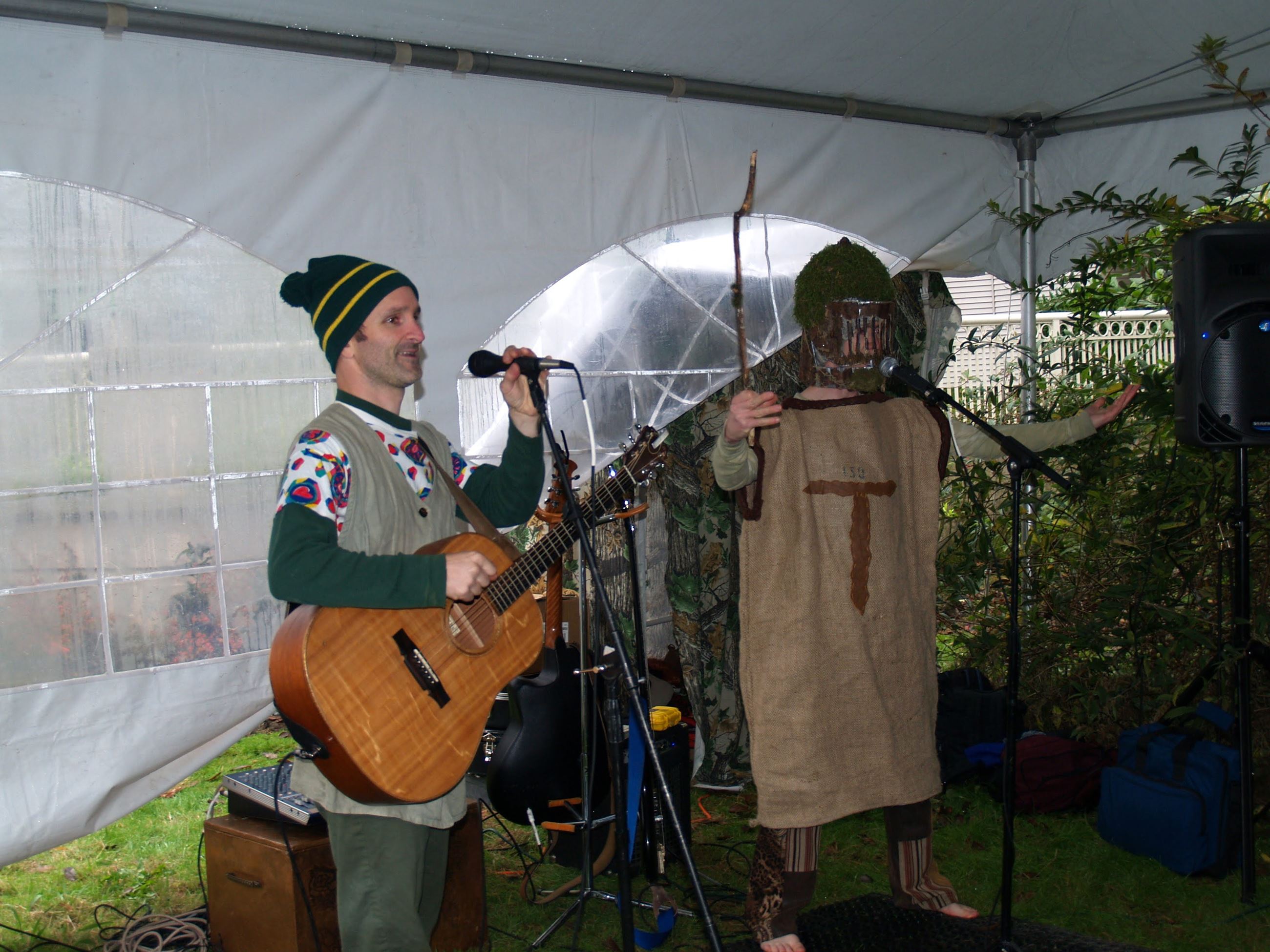 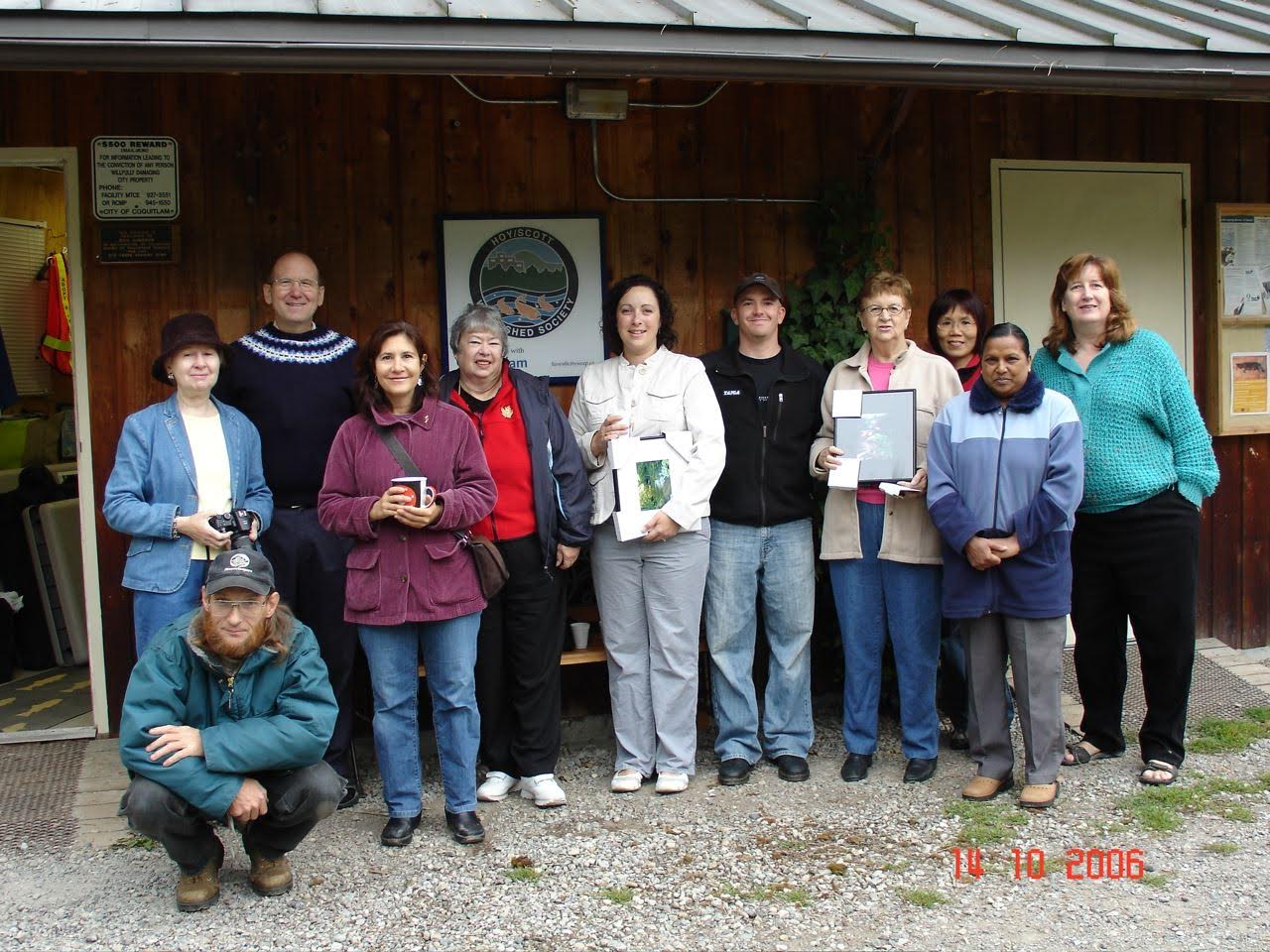 The Hoy-Scott Watershed Society fonds was donated to the City of Coquitlam Archives in 2020. The fonds includes stacks of meticulous notes on salmonid identification, feeding schedules, temperature readings, creek invertebrate counts, creek inspections, water quality and sediment reports and other means of monitoring the population of salmon growing up in and returning to the watershed. The fonds also contains several albums of photos that document the rich role the community has played in the restoration of these important sub-watersheds. 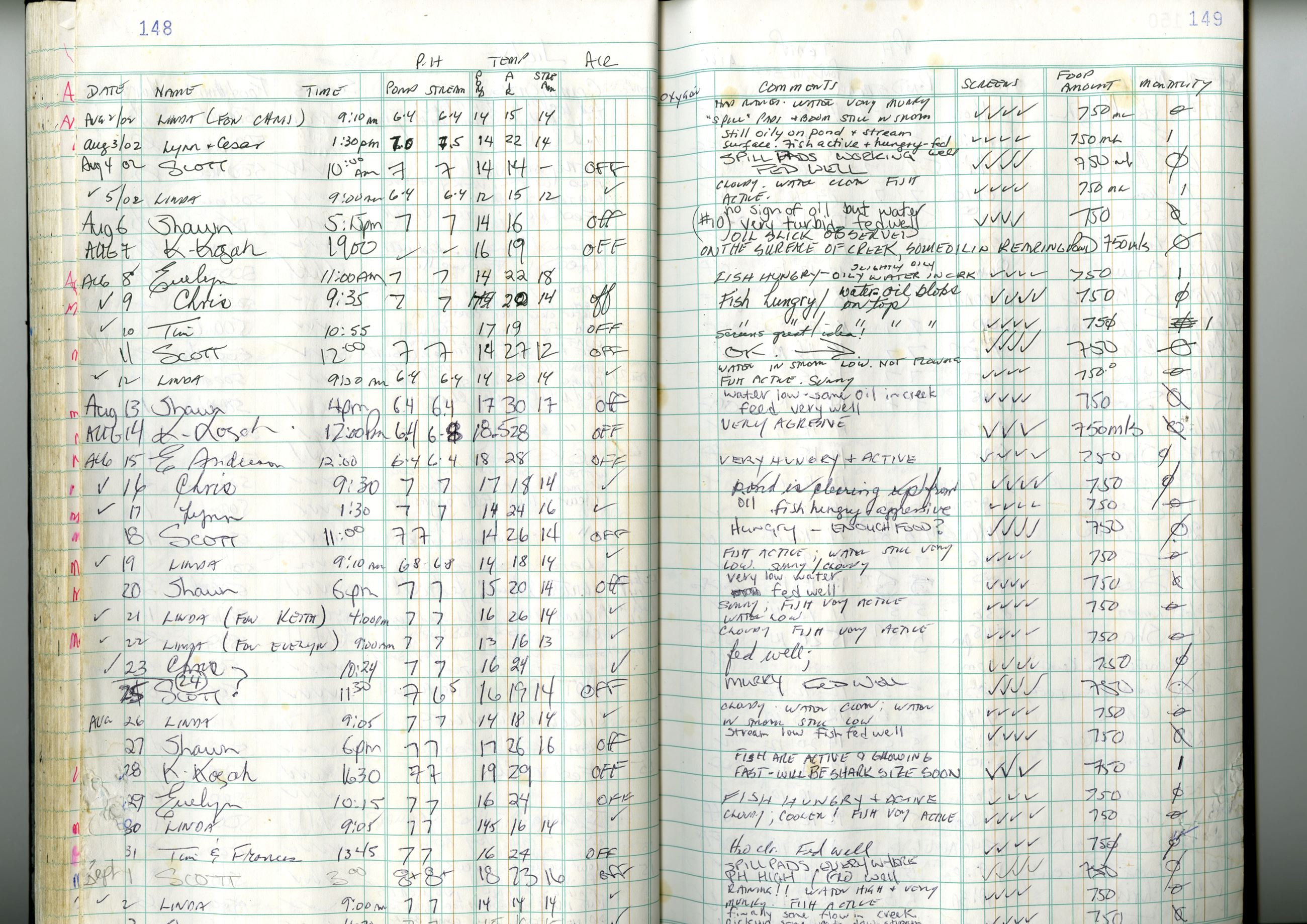 The records in the Hoy-Scott Watershed Society fonds are a testament to how sensitive salmon and riparian wildlife are to their environmental conditions and how much thought, care and training has gone into the work to promote the reintroduction of salmonids in the Coquitlam watershed.

If you would like to browse the physical records, you can make an appointment to visit the City Archives by email or at 604-927-3900. You can also drop in during our reference hours, Tuesday-Thursday from 12 p.m.  to 4 p.m.