Alexander Windram was born on February 21, 1881 in Eyemouth, Scotland. He immigrated to Canada in 1910 with his wife, Mary and young son, John, and began working as a steamfitter at Fraser Mills. While building their lives in the growing mill town, the family welcomed another son, Andrew, and a daughter, Elsie. The family had not long settled when the First World War broke out. 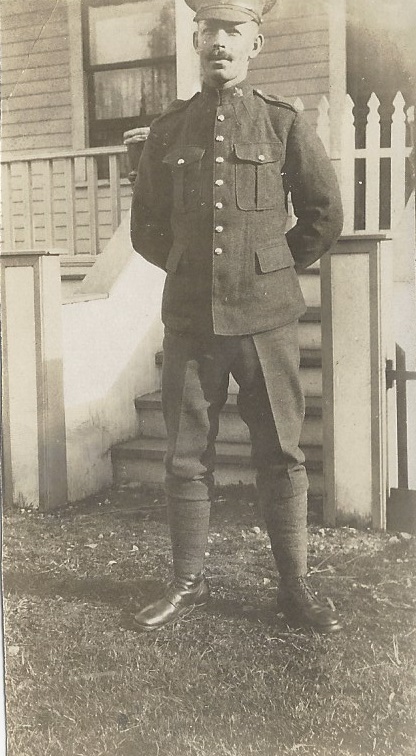 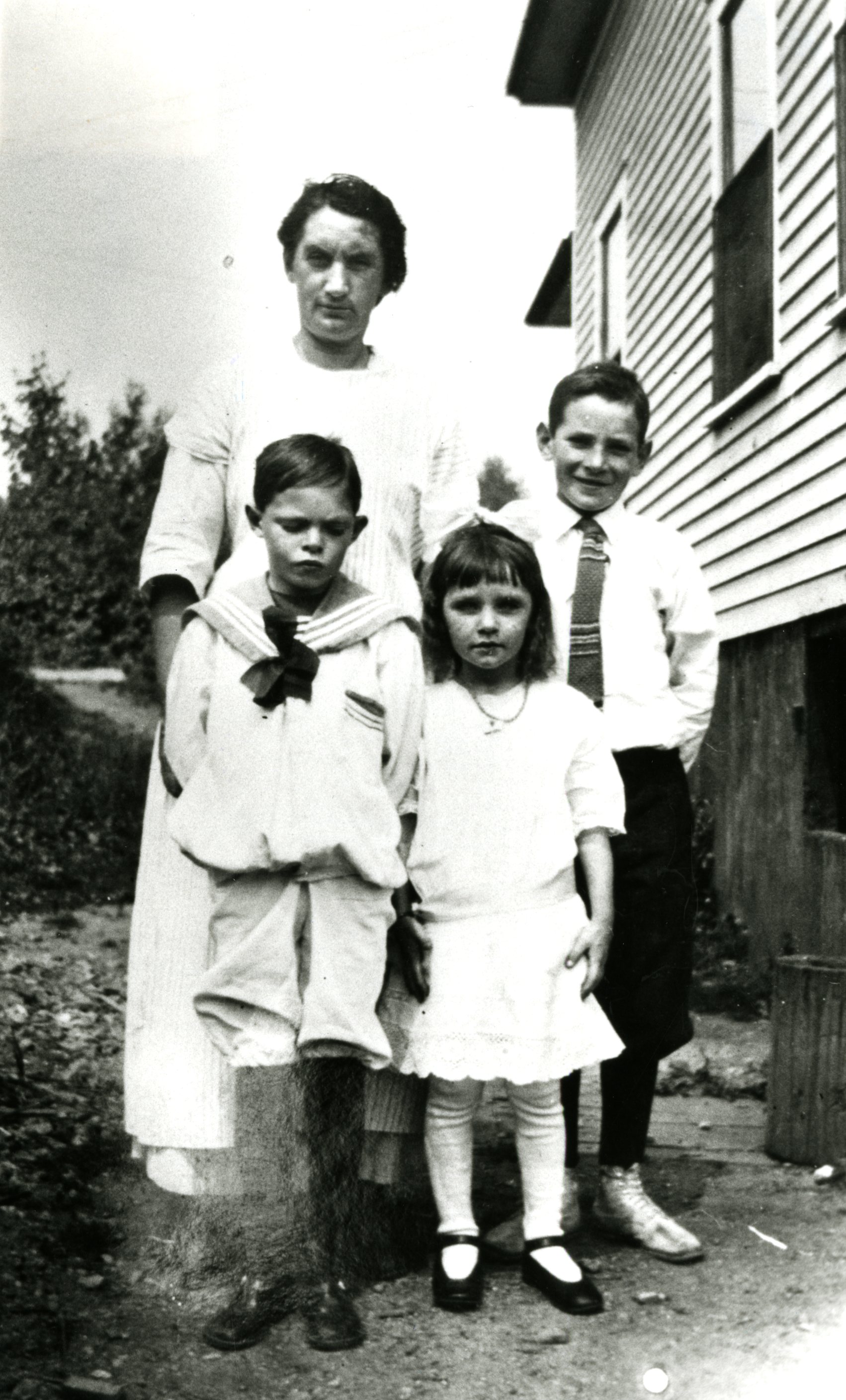 Alexander Windram enlisted in the Canadian Expeditionary Force on February 22, 1916. From his Attestation Papers, we can learn that at the time of his enlistment, he was 35 years old; that he was five foot seven and a half inches tall, with blue eyes and brown hair and that he had tattoos on both forearms. 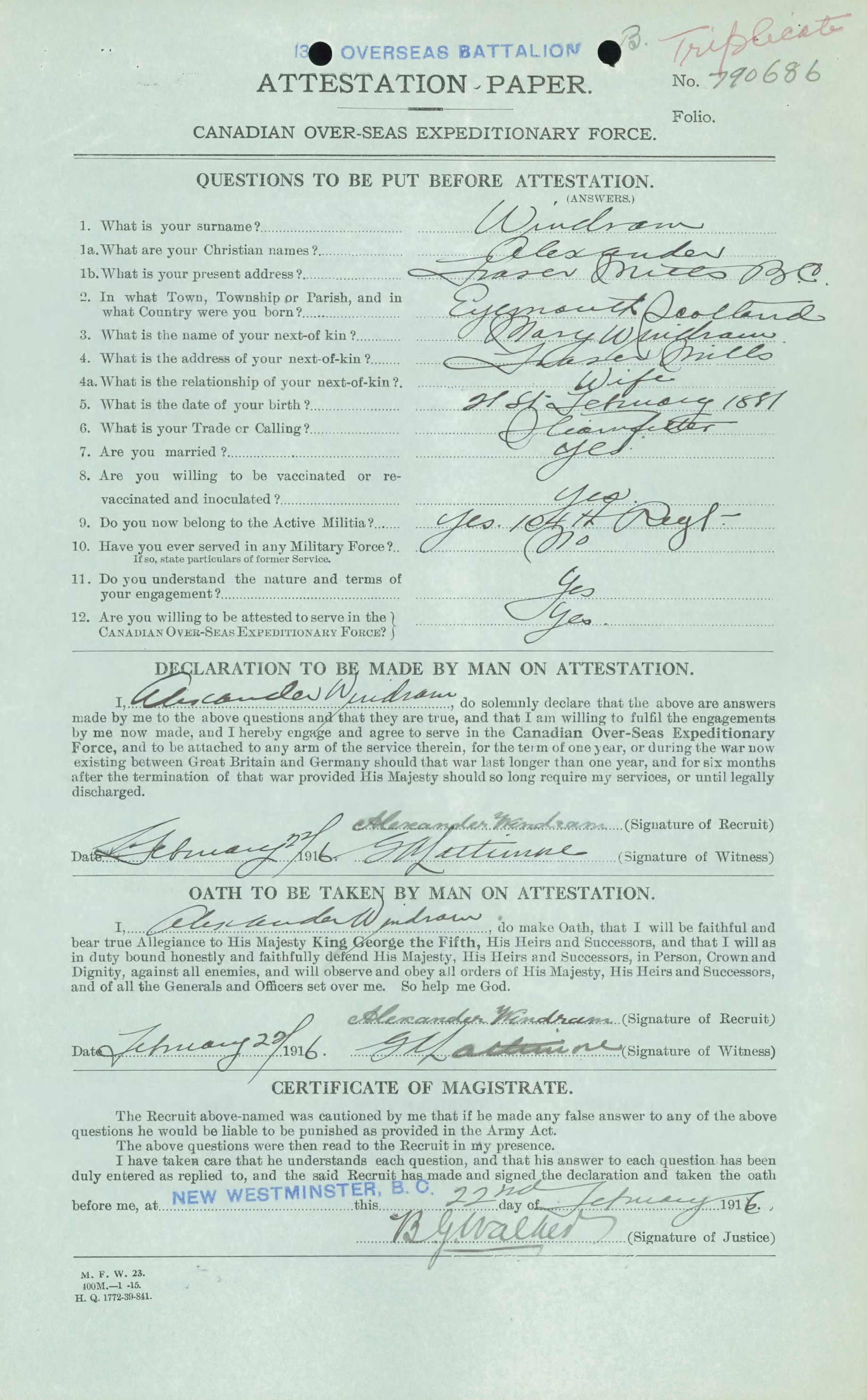 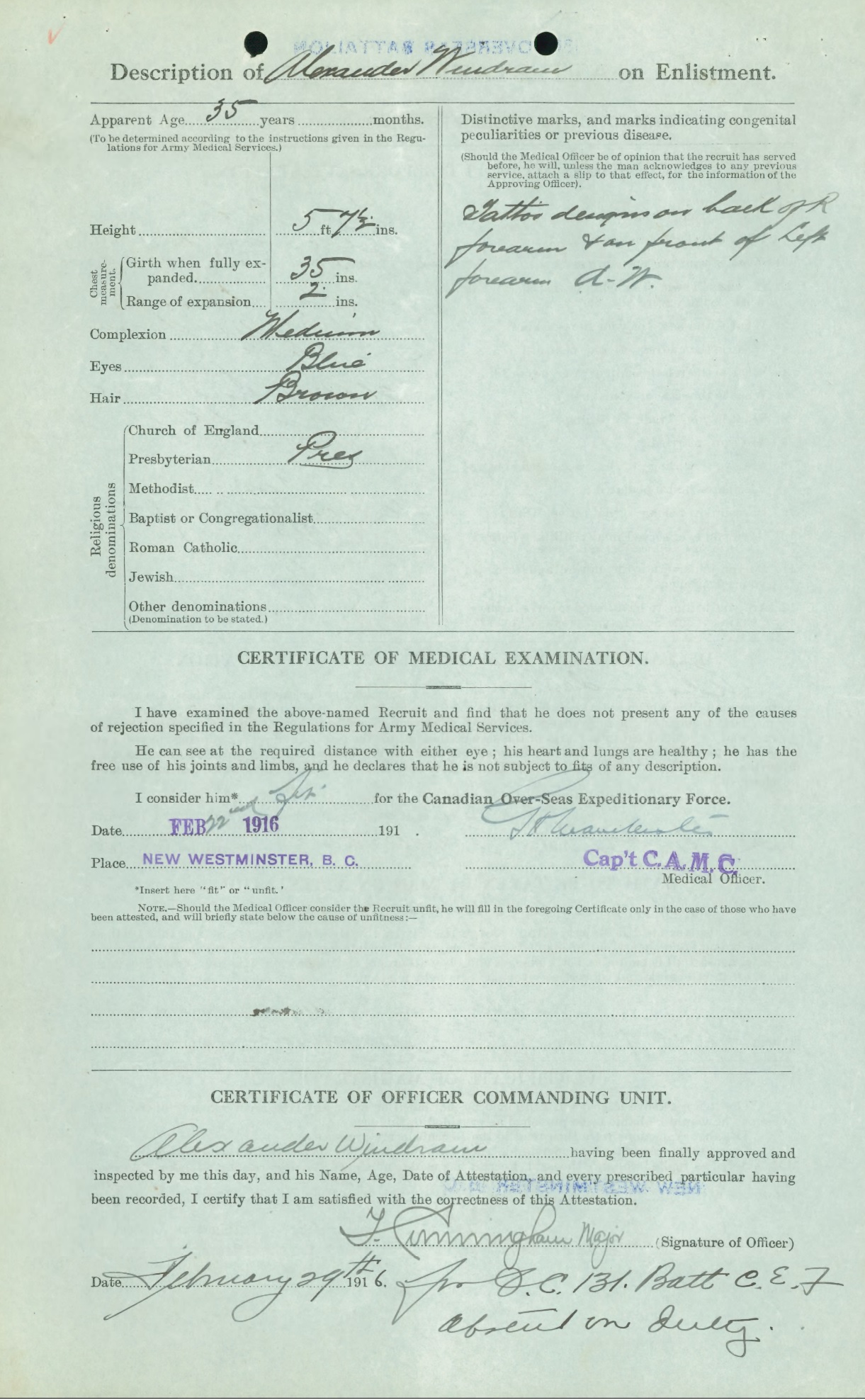 While in training in Vernon, British Columbia, Windram wrote postcards to his family. The postcards were kept by his daughter Elsie McKinnon (Windram) and they are now preserved as part of the holdings of the City of Coquitlam Archives. These documents allow an insight into the personal experiences of war, both of soldiers and those left behind.

Portable cameras were in existence by the time of the First World War but were not yet common possessions and soldiers were generally not allowed personal cameras, particularly once they were in combat zones. Professional photographers were tasked with documenting the war, which included capturing scenes around the training camps. Some of these images were published in the form of postcards that soldiers used to correspond with their families. The photographs for the postcards below were taken by prolific Vernon and Vancouver-based photographer, Harold Smith (PDF). 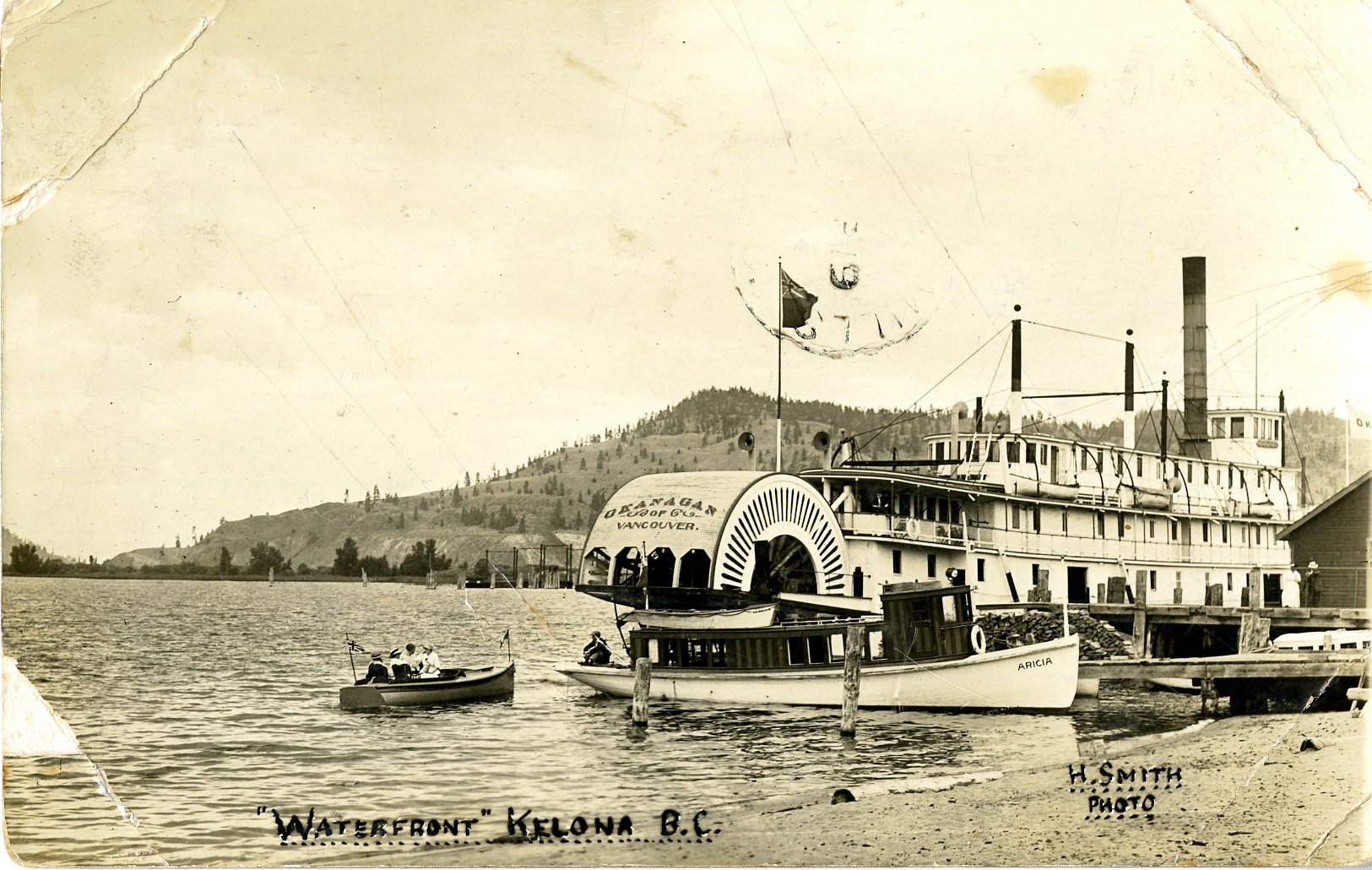 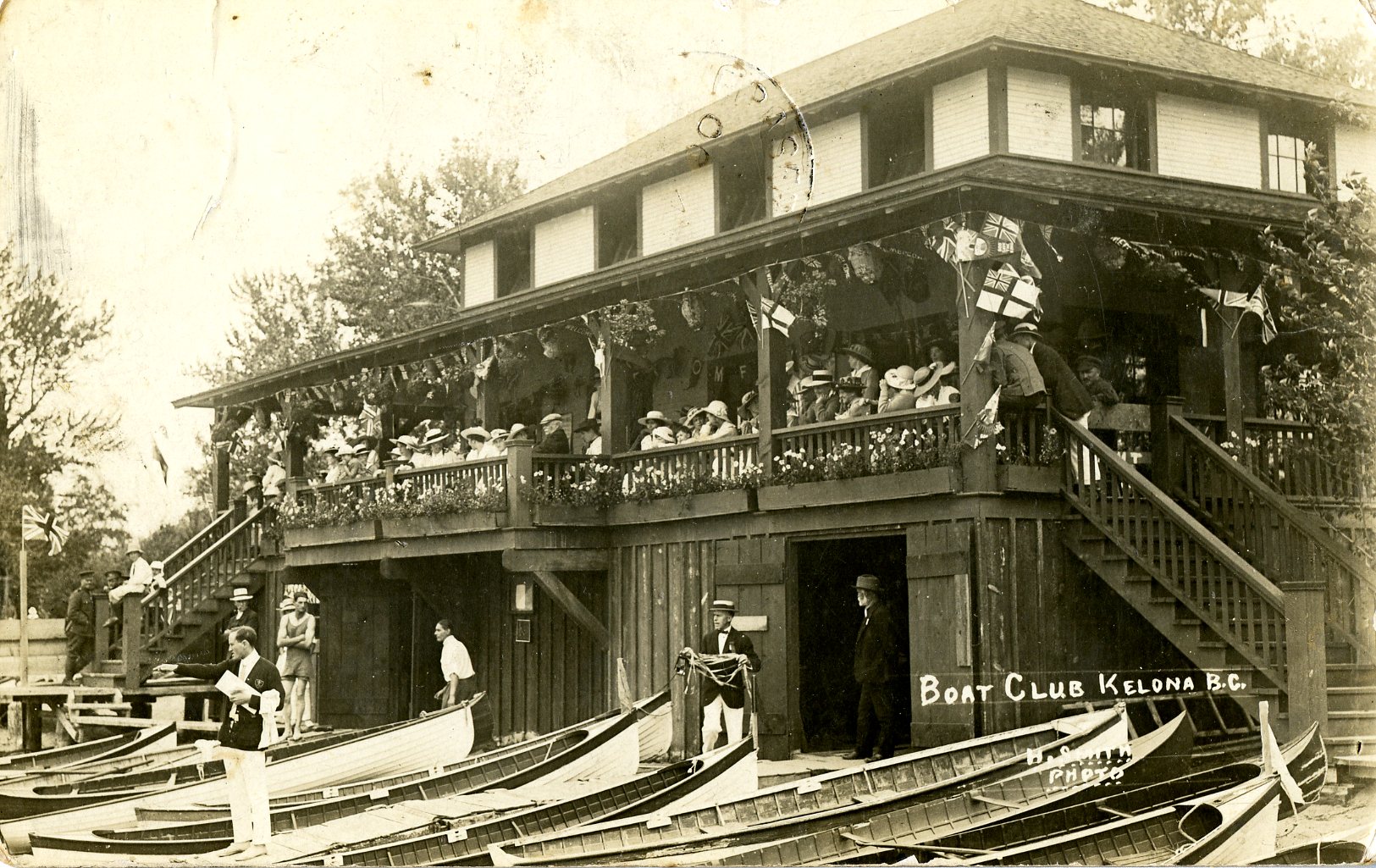 As Windram waited in the Vernon training camp to ship out to the front in Europe, he used a few words on these picture postcards to describe his life for his family back home. He told his son about swimming in Long Lake and he described the cherry orchards he wished he could share with his daughter. 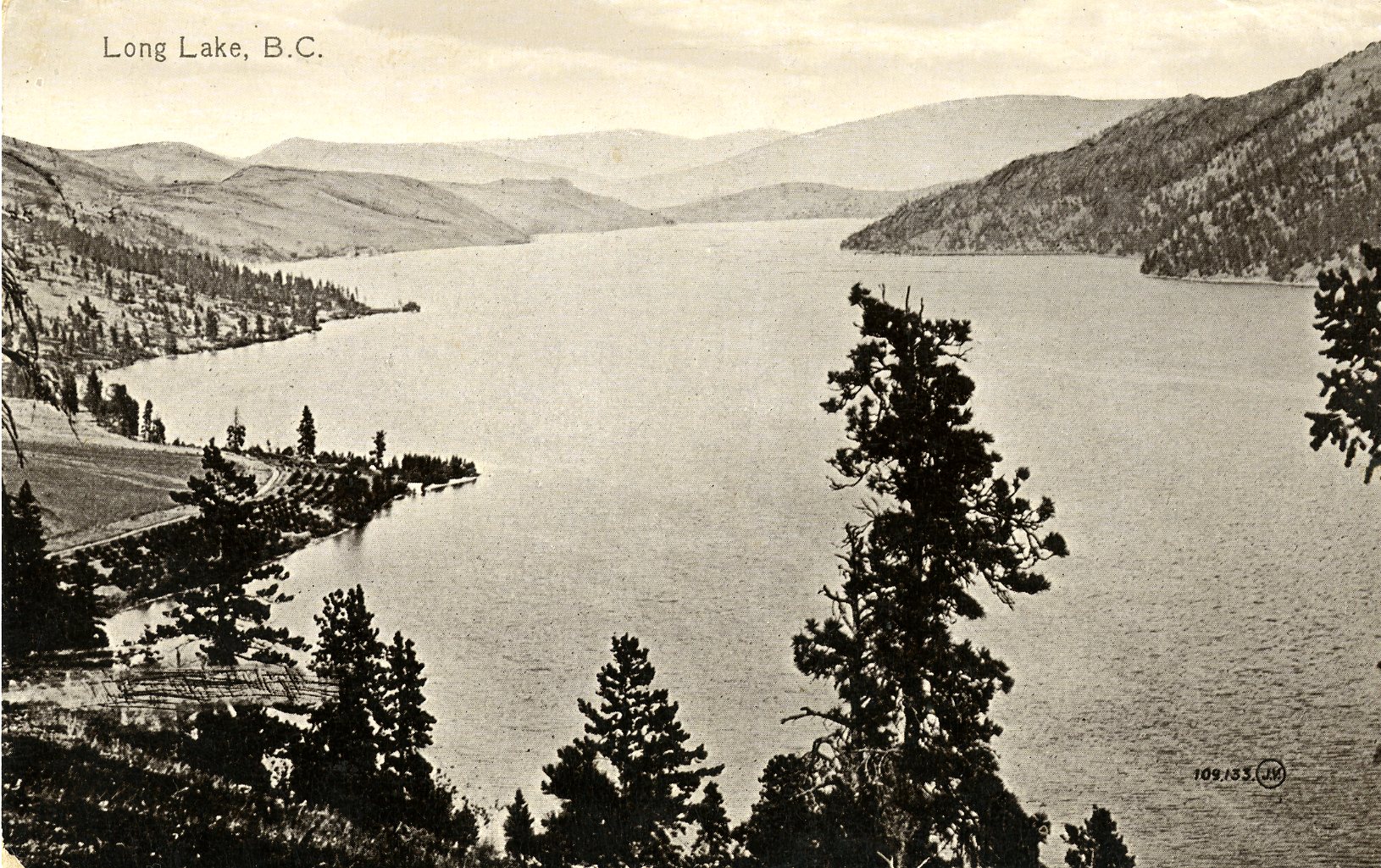 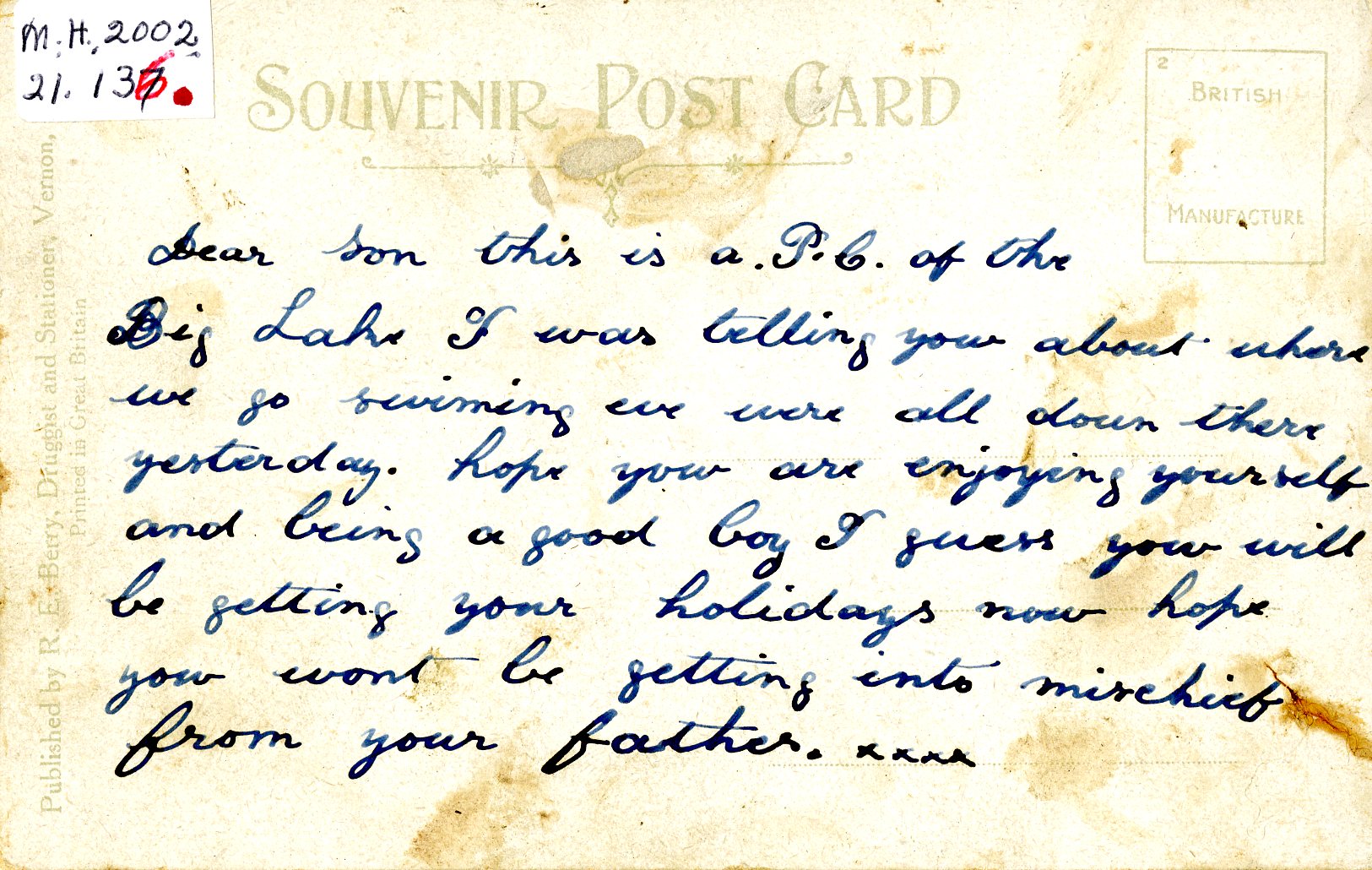 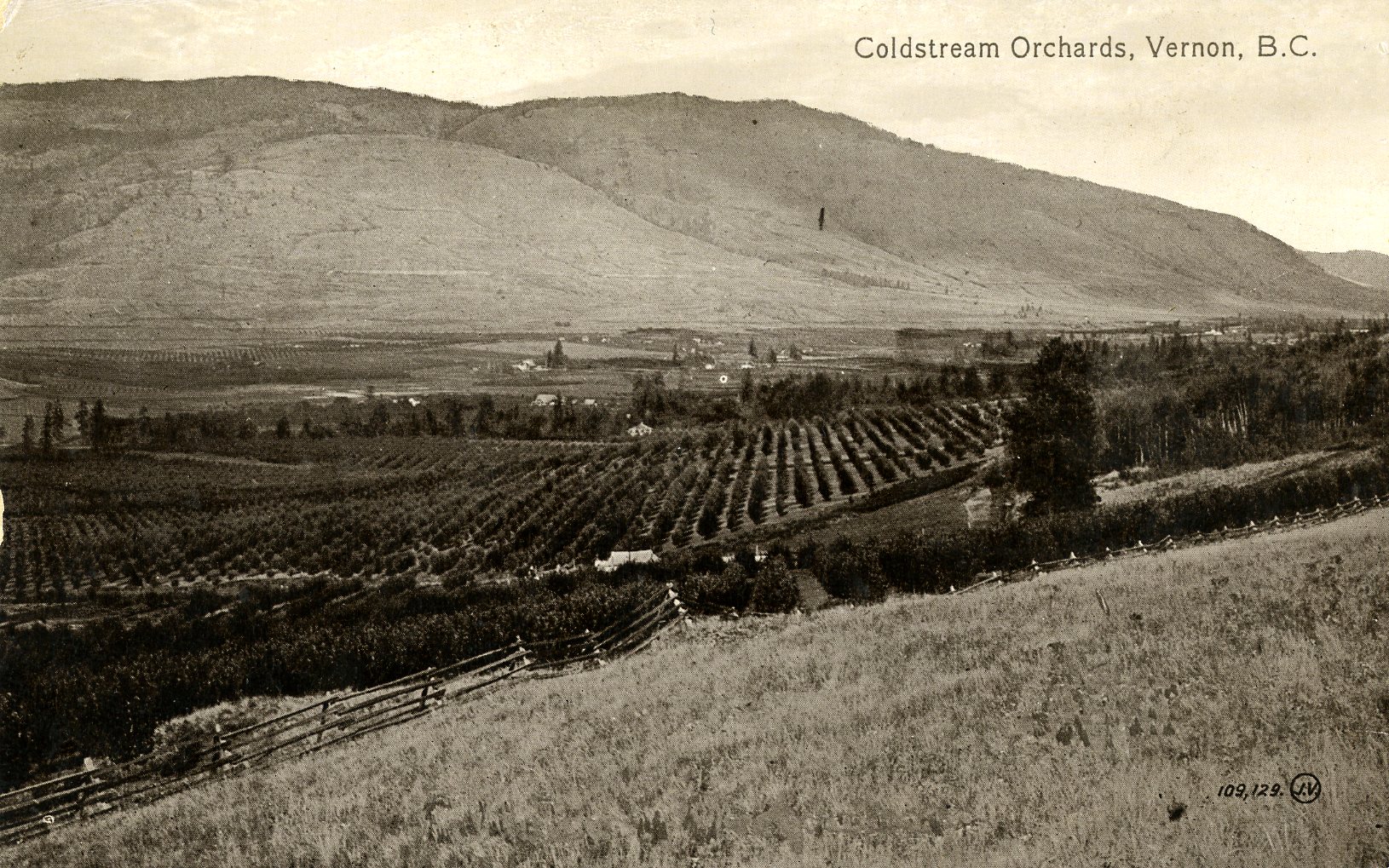 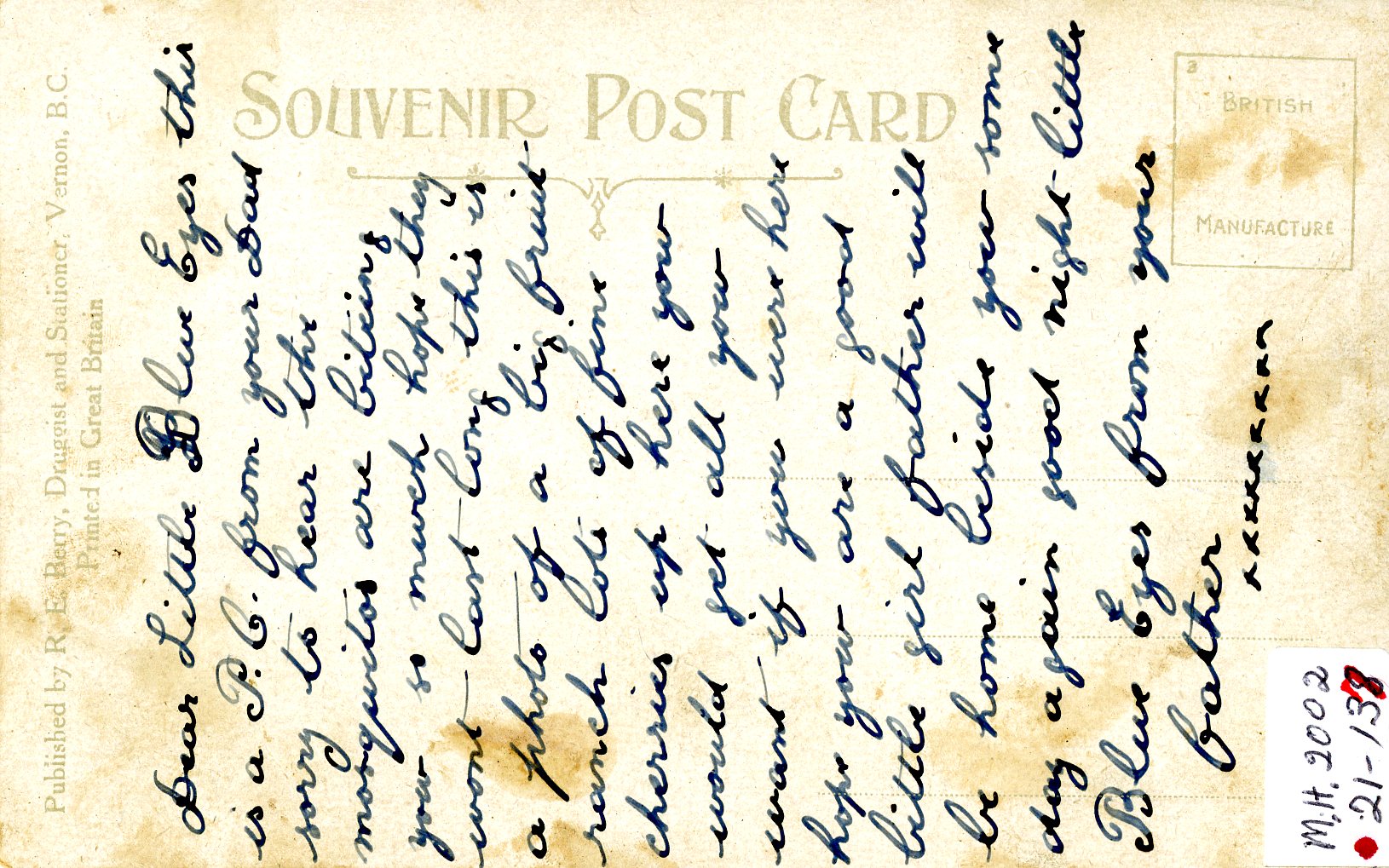 At this time, soldiers relied entirely on the postal system to connect with their families at home, and, apparently, Windram looked forward to almost daily contact with his family in this way. In one postcard addressed to his wife, Windram expresses that he is troubled that he has not heard from you or the wee bairns as he thinks he will soon ship out. This postcard is dated October, 1916, and his service files show that he embarked at Halifax only weeks later on the first of November. He knew he would be away from his family for some time, and asked his daughter Elsie to be a good girl and don’t forget your dadie. 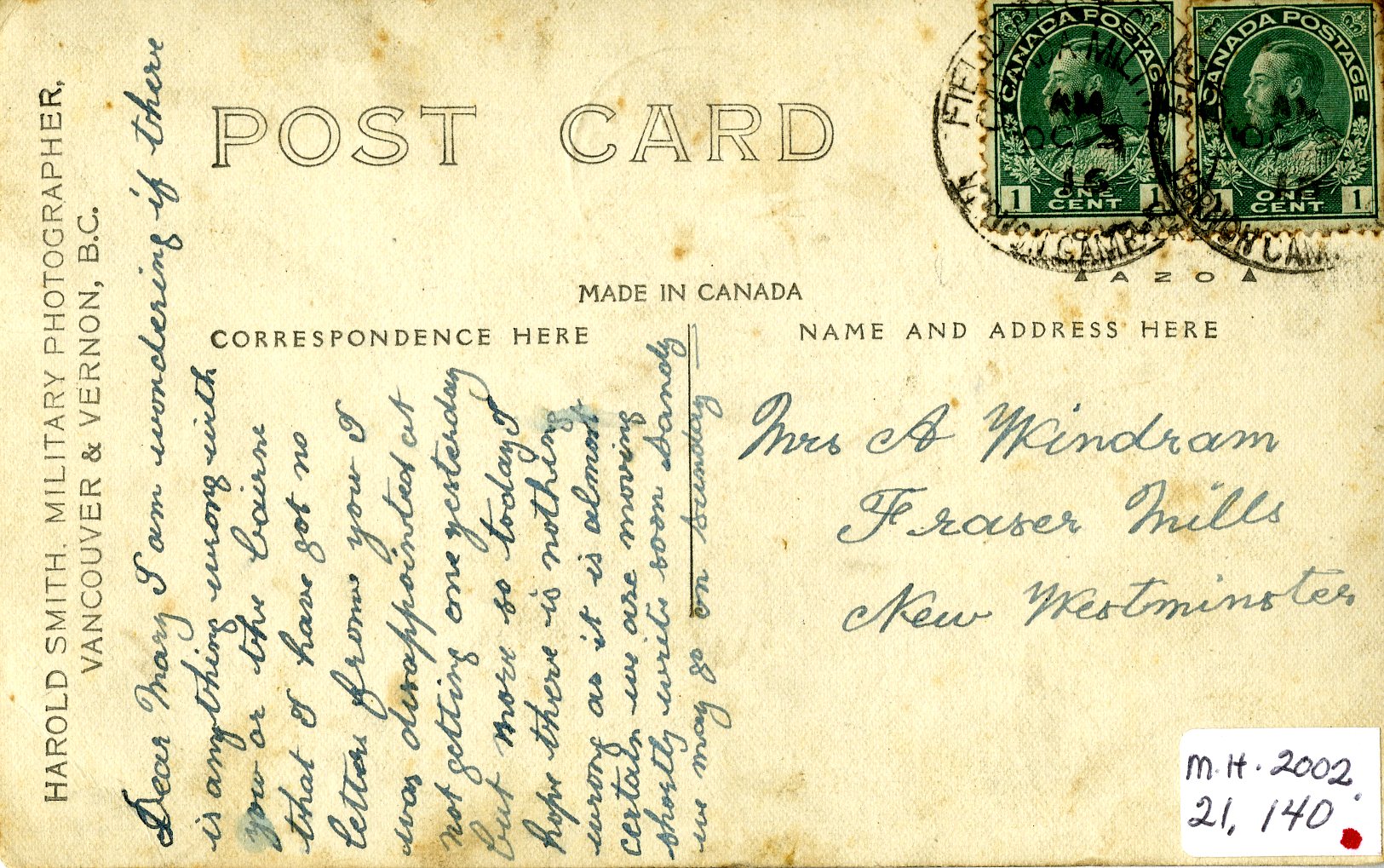 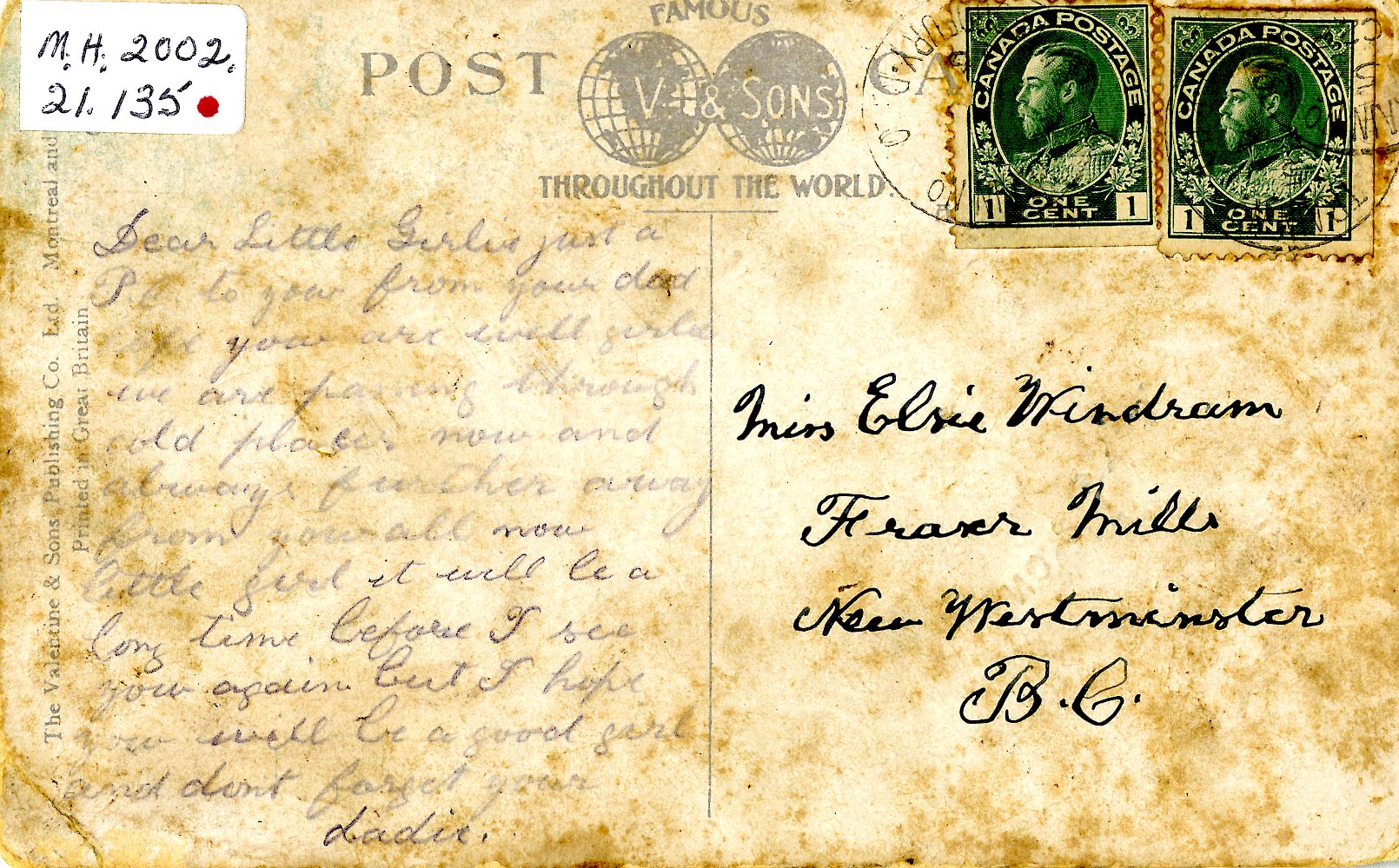 According to his service file, Windram arrived in Liverpool on November 11, 1916 and was drafted into the 7th Battalion in early January, 1917.

In April 1917, Canadian Forces in France were ordered to seize Vimy Ridge. After an intense four day battle, in which 3,598 Canadian soldiers died, the battle was ultimately won. The capture of Vimy was more than just an important battlefield victory. For the first time, all four Canadian divisions attacked together. It is considered a founding moment in Canadian nationhood.

Vimy Ridge was a turning point in the war for Canadian soldiers, but it marked the end for Alexander Windram. On the first day of the battle, the War Diary for the 7th Battalion notes casualties during attack were heavy. Alexander Windram, aged 36, was among them. He was killed in action on April 9, 1917. 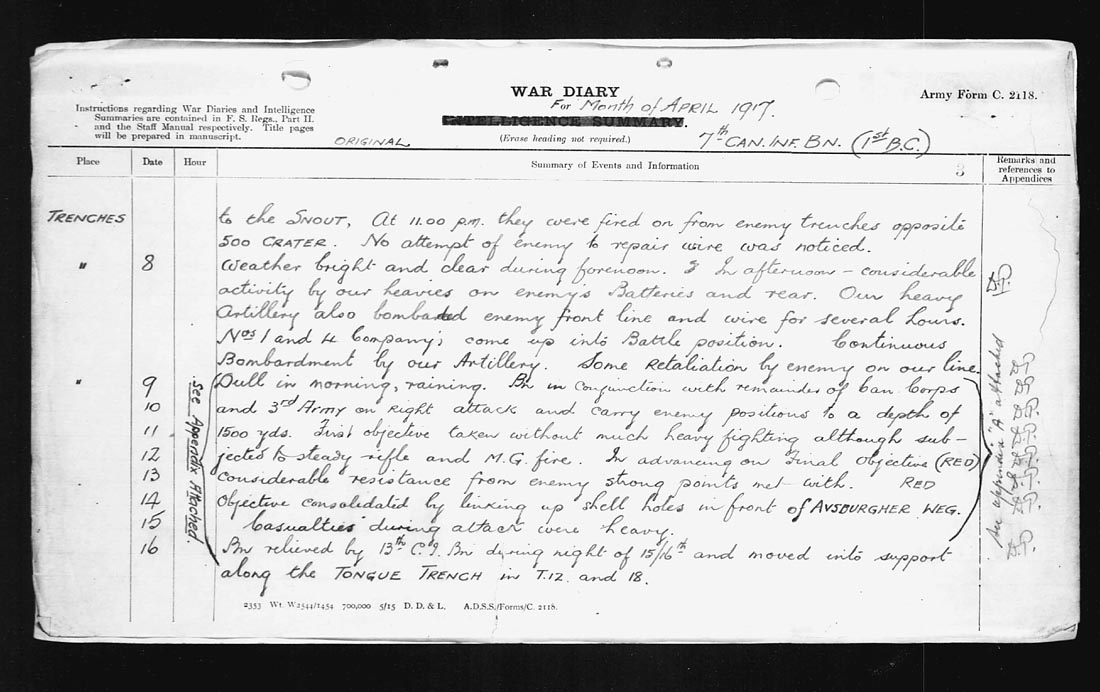 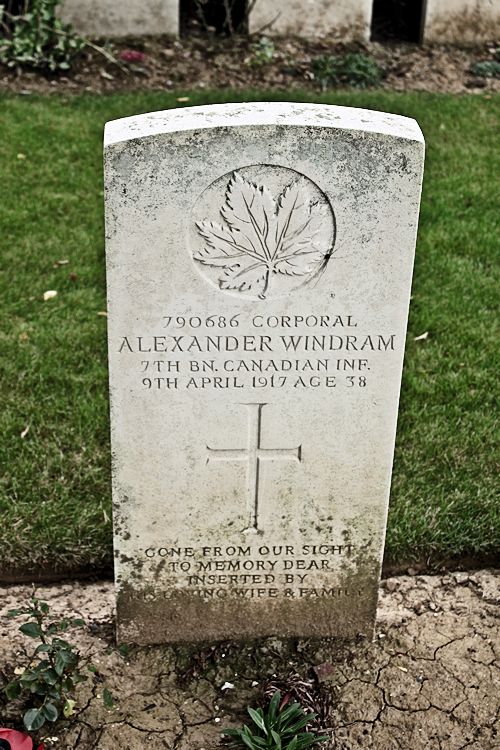 The Windram extended family suffered great loss during the war. John and William Windram, Alexander’s cousins were also killed in action in 1917. John was killed mere weeks before Alexander on March 16, 1917 and William was killed only a few months later on September 8, 1917.

We Will Remember Them

There are a number of ways that soldiers have been remembered and battles have been commemorated since the First World War.

After the war, the intention was to show all of the names of the Canadians who had died in battle on the walls of the Peace Tower in Ottawa. It was soon realized that the walls could never contain the more than 66,000 names, so the solution was to produce the first Book of Remembrance. The book took more than eleven years to complete. It is fully illuminated and illustrated and stands as a physical reminder of the lives lost. The First World War Book of Remembrance is available to be viewed in the Memorial Chamber of the Peace Tower on Parliament Hill in Ottawa. 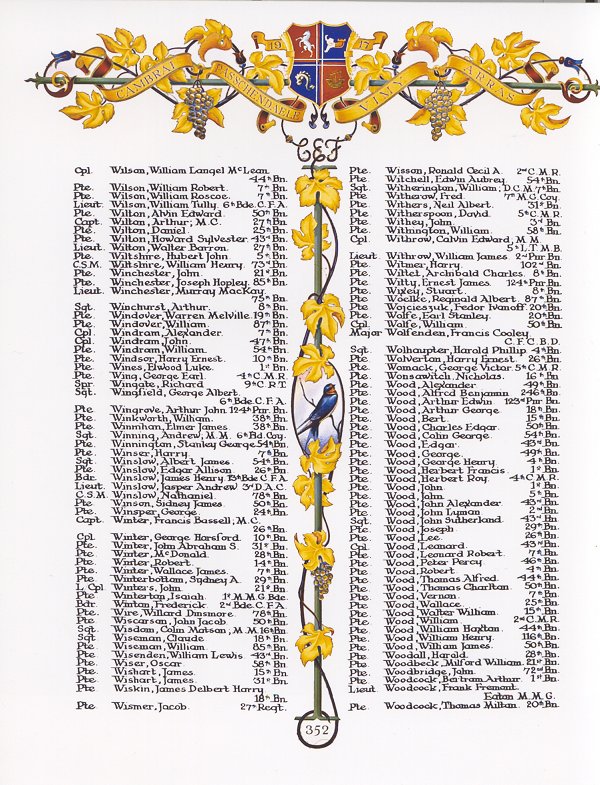 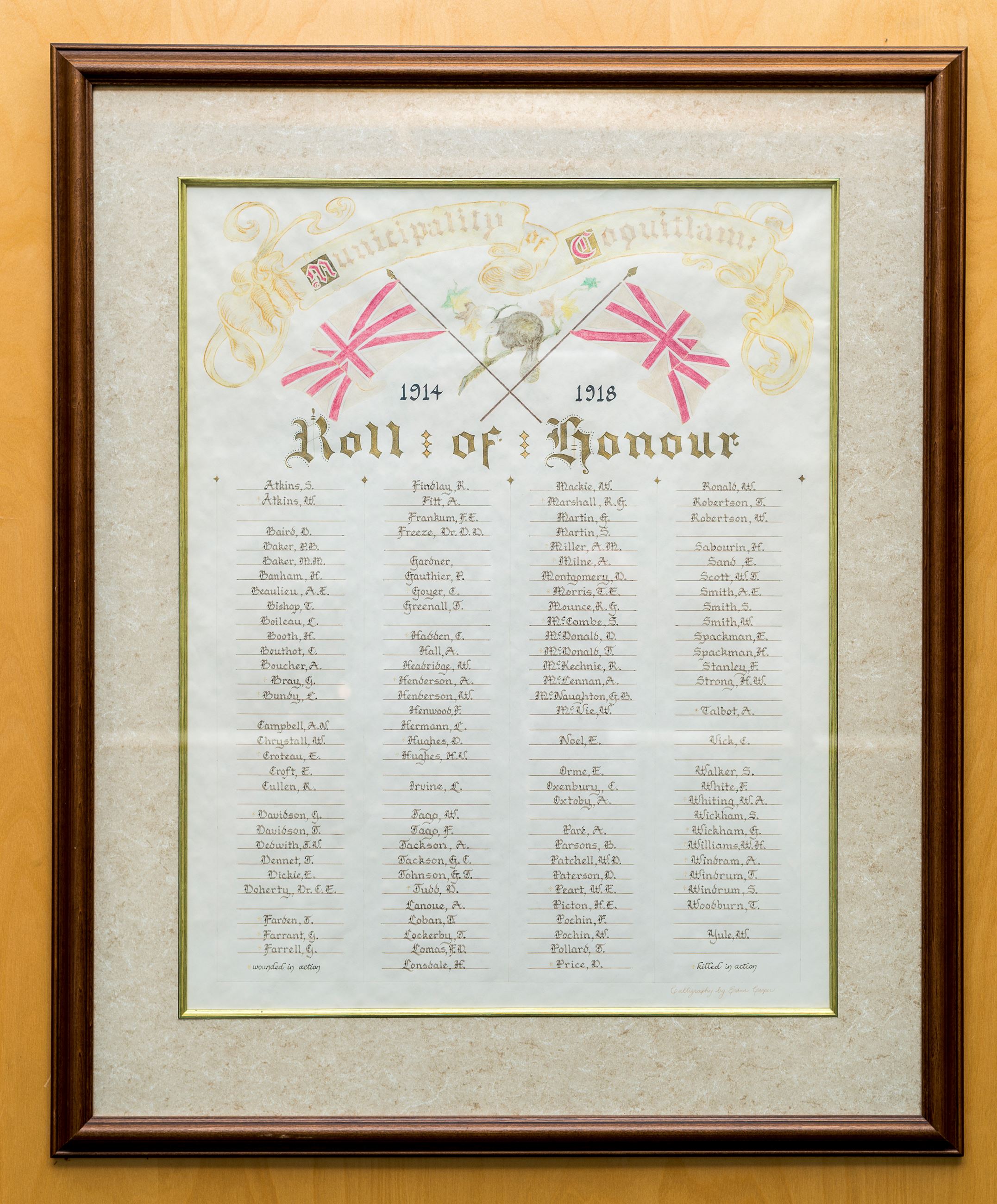 Locally, Coquitlam commemorates the lives of soldiers from the municipality in rolls of honour hung on the second floor of City Hall. The First World War Roll of Honour features the names of soldiers who fought in the war, including the three Windram men. Unfortunately, the Roll of Honour contains some errors. The entry for Alexander Windram is correct, however, the surname is incorrect for John Windram and the entry is entirely incorrect for William Windram. The City of Coquitlam Archives has been conducting research to make sure that errors such as these are identified.

Finally, to honour the service of these men, a Coquitlam street was named in honour of the family, though unfortunately, the spelling error from the Roll of Honour persisted with the naming of Windrum Avenue.